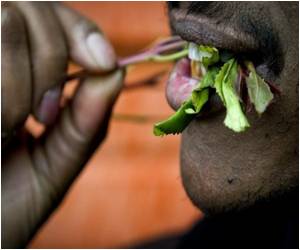 The latest nation to formally outlaw the herbal stimulant khat, the bushy leaf chewed by many Somalis, Yemenis, Kenyans and Ethiopians is now Britain.

Khat is the leaves and shoots of the shrub Catha edulis, which are chewed to obtain a mild stimulant effect.


British Prime Minister David Cameron said in an article for the Somali website Hiraan Online that the move would protect "vulnerable members of society."
Advertisement
"What is most concerning is khat's social impact," he wrote, adding that it had been blamed for "family breakdown, unemployment, debt and crime links to the global illicit drugs trade."

Britain was also becoming the "khat smuggling capital of Europe", after most of the continent plus the United States and Canada banned the drug, said Cameron.

Khat, also called miraa, has been chewed for centuries in the Horn of Africa. Its psychoactive ingredients -- cathinone and cathine -- are similar to amphetamines but weaker, and can help chewers stay awake and talkative.

Benefits of Sage Leaves
Sage is a member of the mint family and has many healing properties. Sage leaves cure indigestion, ....