Her Vision is Perfect, She Can't Make Sense of What She Sees 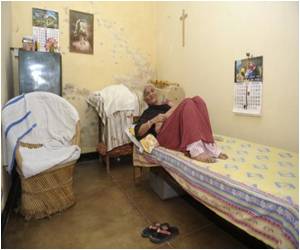 68-year-old woman from a suburb of Chicago, awakened from a nap to the realization that something was terribly wrong.

Thus begins a Loyola University Medical Center paper on a rare and baffling neurological disorder called Balint's syndrome, which badly impairs a patient's ability to make sense of what he or she sees.

The article describes, in novelistic detail, the difficult adjustments two patients have had to make in their lives. The article is published in the Sept. 11, 2012, issue of Neurology®, the medical journal of the American Academy of Neurology. The paper was written by Jose Biller, MD, Murray Flaster, MD, and first author Jason Cuomo. Biller and Flaster are neurologists and Cuomo is a fourth-year medical student at Loyola University Chicago Stritch School of Medicine.


The authors note that amid the rigors of clinical practice, physicians can content themselves with understanding the phenomenon of disease to the exclusion of understanding the patient's experience. Their article "is an attempt to inform both our clinical and subjective understandings of Balint's syndrome through narratives of two patients suffering from this rare and unique neurological disorder."
Advertisement
Balint's syndrome is named after Austro-Hungarian neurologist Rezső Bálint, who first described it. The condition is caused by one or more strokes in certain regions of the brain. It causes three deficits: Difficulty initiating voluntary eye movements (such as following a physician's finger); inaccurate arm pointing (a patient can see an object, but is unable to pick it up); and constriction of the visual field (ask a patient to look at a parking lot, and all she sees is a lamp post or a car.)

When AS woke from her nap, she couldn't find where doors or cabinets were. She couldn't name or distinguish familiar household objects. She couldn't read a book or the numbers on her telephone. She couldn't see where the bedroom wall ended and the door began.

Yet when she saw an ophthalmologist, her vision with glasses was 20/20. She and her husband left the ophthalmologist's office with a referral to see a neurologist, and "wondering what sort of ailment could rob her of her ability to see the bathroom sink, while leaving her with what we typically think of as perfect vision."

The second patient, JD, was a robust, hard-working owner of a trucking business. While driving to his son's house for Thanksgiving, he began to swerve. And at Thanksgiving dinner, he held the spoon upside down. He then experienced left-sided weakness and facial drooping, before losing consciousness. Doctors believe he had suffered a massive stroke, followed by a series of mini strokes.

AD has made many adjustments. For example, while getting ready in the morning, she must touch the sink at all times to remain oriented. While showering, she has to keep her hand on the shower bar. Before brushing her teeth, she puts the toothpaste directly in her mouth, then moves the toothbrush by trial and error to meet it. She has stopped driving. And because she can no longer read, she listens to audio books.

JD has suffered depression, a first for him. "He never once cried before," his wife said, "but now he cries often."

AD said she would not wish Balint's syndrome on anyone, "because not only is this a life-change, it's a mind change."

AD hopes her story will motivate physicians to seek better treatments and therapies.

Source: Eurekalert
Advertisement
<< Bengal - Over 1,200 Now Down With Dengue
Scientists Explain the Cause of Phantom Ringing Syndrome >>