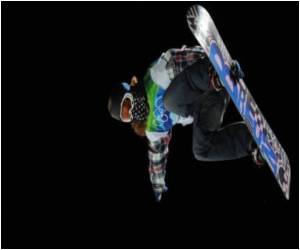 According to a recent study, the use of helmets reduces the risk and severity of head injuries and save lives of skiers and snowboarders. The findings debunk long-held beliefs by some that the use of helmets gives athletes a false sense of security and promotes dangerous behavior that might increase injuries.

"There really is a great case to be made for wearing helmets," says Adil H. Haider, M.D., M.P.H., an associate professor of surgery at the Johns Hopkins University School of Medicine and the leader of the study published in the November issue of the Journal of Trauma and Acute Care Surgery. "By increasing awareness and giving people scientific proof, we hope behavior changes will follow."

Statistics show that roughly 10 million Americans ski or snowboard each year in the United States, with approximately 600,000 injuries reported annually. Up to 20 percent of those are head injuries, which mostly occur when skiers or snowboarders hit inanimate objects such as trees or the ground. Twenty-two percent of those head injuries are severe enough to cause loss of consciousness or concussion or even worse injuries. Often the injured were not wearing helmets, Haider and his team found.


Haider notes that traumatic head injuries among winter sports enthusiasts lead to hospitalization, death or long-term disability, and contribute to increased health care spending. Head injuries are the chief cause of death among skiers and snowboarders. For the study, Haider and his colleagues on the Injury Control and Violence Prevention Committee at the Eastern Association for the Surgery of Trauma searched the medical literature and reviewed in detail 16 published studies on injury in recreational skiers and snowboarders. Analysis showed that helmets are lifesavers and do not increase the risk of injury. As a result of this study, the Eastern Association for the Surgery of Trauma now recommends all skiers and snowboarders wear helmets.

According to a recent study published in CMAJ, cyclists who died of a head injury were three times as likely to not be wearing a helmet.
Advertisement
There are no laws in the United States mandating the use of helmets among recreational skiers and snowboarders. In Austria, children are legally required to wear helmets, and across Europe there are efforts to pass similar legislation. Data from the 2009 to 2010 National Demographic Study done by the National Ski Areas Association, encompassing more than 130,000 interviews from across the United States, showed that ski helmet use is on the rise. Overall, some 57 percent of skiers and snowboarders wore helmets during the 2009-2010 ski season, compared with 25 percent during the 2002-2003 ski season. Haider and his family are avid skiers and all wear helmets on the slopes.

Haider says some skiers have long argued that wearing a helmet on the slopes lowers visibility, hampers the ability to hear what is going on around them and encourages risky behavior, because they feel invincible. Some skiers have also suggested that wearing a helmet increases the torque and whiplash felt when a skier does go down, making neck and cervical spine injury more likely.

"These are all just excuses," Haider says. "Our research shows none of those theories hold water."

The high-profile death in 2009 of actress Natasha Richardson after an injury sustained on a Canadian ski slope brought attention to the issue of helmet use. She was not wearing one. Haider, director of Johns Hopkins' Center for Surgical Trials and Outcomes Research, says Richardson hit her head when she fell backward at a low speed while on a beginner's "bunny" slope, and wearing a helmet likely would have prevented lethal head injury.

'Not So Simple': Concussion Spectrum in College Athletes Wearing Helmets

Do you know what it means to have a head concussion?
Advertisement
<< Safety Checklists Reduce Surgical Risk
Development In The Relief Of Spasms Related To Amyotrophic ... >>

Bicycling is a favorite physical activity engaged in by Americans, and children are perhaps its most ardent participants; it has been estimated that 70% of children ages 5 to 14 ride bicycles.
Advertisement
News A-Z
A B C D E F G H I J K L M N O P Q R S T U V W X Y Z
What's New on Medindia