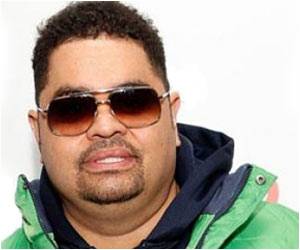 Rapper Heavy D who died on Nov 8, had fallen victim to pulmonary embolism - a blood clot in his lung, says report.

The 44- year-old star had collapsed outside his Beverly Hills condo after he suffered difficulty breathing while returning from a morning shopping trip, police claimed at the time.


Apart from the pulmonary embolism, which likely formed over the course of a long plane ride, the influential '90s rapper also suffered from heart disease and deep leg vein thrombosis, according to Craig Harvey, chief of the Los Angeles County department of coroner.

Pulmonary Embolism
Pulmonary embolism (PE) is a complication that results from a block in the main artery supplying ......

Iron Deficiency Increases Risk of Dangerous Blood Clots
The risk of dangerous blood clots is drastically increased due to deficiency of iron, according to ....