Heavenly Experience of an 11-year-old Boy 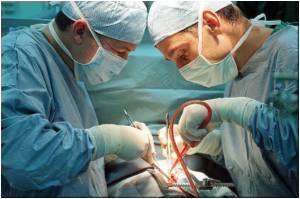 Colton Burpo, the 11 year old son of Todd and Sonja Burpo, recounts his experience with the divine when he was just four years old, after he miraculously survived a serious burst appendix.

Hailing from a small town of Imperial, he spoke of his visit to the heavens after he was picked up by some angels. According to his account, he was able to look right at Jesus.

During Difficult Times, Anger at God is Common

An expert says that almost everyone experiences anger toward God at some point in their lives.
Advertisement

Colton spoke about meeting his great grandfather, about his mother's miscarriage and his father's prayer during his surgery.


He described heaven as very colorful with lot of people and animals. Todd Barpo, a pastor, says that Colton's story must be an inspiration to many about the power of God.

Faith in God is associated with improved survival after liver transplantation, according to Italian researchers.
Advertisement
<< Mini-stroke Sufferers Twice At Risk of Heart Attack: Study
Switching Off Motorway Lights to Reduce Carbon >>

Sanatogen Find a Hospital Diaphragmatic Hernia Blood Donation - Recipients The Essence of Yoga Turmeric Powder - Health Benefits, Uses & Side Effects Post-Nasal Drip Pregnancy Confirmation Calculator Find a Doctor Drug - Food Interactions
This site uses cookies to deliver our services. By using our site, you acknowledge that you have read and understand our Cookie Policy, Privacy Policy, and our Terms of Use