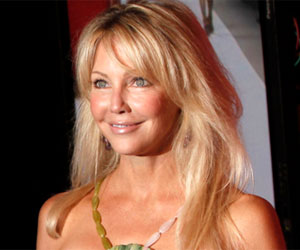 Hollywood actress Heather Locklear has come out with a bizarre claim, attributing her young looks to semen.

On being asked the secret behind her young looks by TMZ reporters, the 51-year old said that she applies semen to her face.

While the statement may seem gross and likely to be thought of as a joke, recent studies have shown that semen indeed has anti-aging properties and grew in popularity as anti-aging skincare product in 2009.


According to studies, one of the components of semen, spermine, is high in anti-oxidants and can effectively smoothen the wrinkles.

Source: Medindia
Advertisement
<< Being Surrounded by Gloomy People Makes You Depressed as We...
HPV Vaccine Has Reduced Number of Genital Wart Cases in You... >>