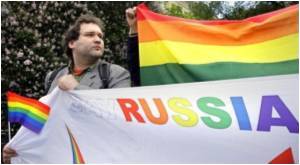 One cannot escape the look of despair on Russian farm owner Ilshat Gumerov's face as he stands in the middle of his fields under the hot sun.

His 700-hectare land in the central Volga region of Tatarstan has not been touched by a drop of rain in weeks amid one of the severest heatwaves of the century in Russia. He already fears he has lost two thirds of his harvest.


No rain has fallen since April in this largely Muslim region 800 kilometres east of Moscow while temperatures over the last weeks have jumped over 30 degrees Celsius. And this after a bitter winter whose thaw destroyed winter crops.
Advertisement
The drought is not just bad news for Gumerov and thousands of other farmers across Russia but also for grain consumers worldwide and the country's ambitions to become a leading global grain exporter.

Twenty three of Russia's 83 regions, mainly situated in the European part of the country, have declared a state of emergency over the drought.

According to the ministry of agriculture, 10 million hectares of land have been destroyed by the heatwave, equivalent to around 20 percent of all of Russia's arable land.

"The drought is extremely unusual because we have never seen such temperatures and such a lack of rain in the European part of Russia," said leading Russian agriculture expert Dmitry Rylko.

According to Rylko, director of the Institute for Agricultural Market Studies, the problems have not been evenly spread across Russia, with the Volga region, including Tatarstan, the Urals and the southwest, suffering the worst.

By contrast, the harvest in Siberia and the south of Russia has been relatively strong, he said.

Tatarstan is one of Russia's leading agriculture regions, with one third of its land covered by the famous chernozyom, the black earth known for its richness in humus formed by the decomposition of plant matter.

But its earth and the large water resources in the Volga region have not been enough to temper the effects of one of the severest droughts in Russia in living memory.

The drought comes at the worst possible time for Russia, which has launched a drive to increase its share of the global grain market with the aim of more than doubling its grain exports to 40-50 million tonnes a year.

But Rylko said it was likely that Russia is going to harvest only 80 million tonnes of grain in 2010, compared with 97 million last year.

Agriculture Minister Elena Skrynnik said that the forecast for exports this year was set to be less than 20 million tonnes, down even on last year's figure of 21 million tonnes.

Rylko said the effects were already being felt on the global wheat market, with Russia already the world's number three wheat exporter and the number two behind the United States of medium quality wheat.

Prices for Russian wheat have spiked on international markets, moving to 195 dollars from 165 dollars within the space of two weeks. But this will hardly compensate producers for the lower harvest.

"In a boomerang effect, the prices of other products will rise proportionally," said Kamiyar Baitemirov, head of the association of farmers and landowners in Tatarstan.

Rylko said he hoped that the Russian agriculture market would be able to recover in the next two years. A full recovery in one year would be hard as "after bad harvests you never have good harvests," he said.

Russia has been seeking to open up major export markets in the Middle East and North Africa, most notably taking 50 percent of the Egyptian wheat market in the last 3-4 years.

"Now we have to re-stablish ourselves and this is always easier than starting from scratch," Rylko said.

Brain Freezer in Russia Claims Secret of Eternal Life
Is there a loophole out of death? A Russian company is offering just that....

Russia Imposes Minimum Legal Price for Vodka
Russia on Friday imposed a new minimum legal price for vodka in a bid to hinder the sale of ......

Russia Makes All-out Effort to Boost Declining Population
"Big is Beautiful" seems to be the new catchword of the Russian Government that is struggling ....