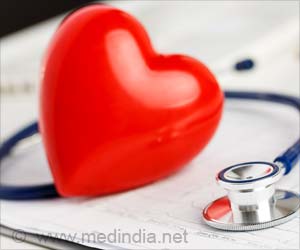 Heart disease and stroke death rates are now barely declining in many high-income countries, including Australia, reveals a new study. The findings of the study are published in the International Journal of Epidemiology.

University of Melbourne researchers have analyzed trends in cardiovascular disease mortality - which consists of mainly heart disease and stroke - in 23 high-income countries since the year 2000.

Heart diseases that are present at birth are called " Congenital heart diseases".
Advertisement
‘Obesity and poor diet may be a significant factor for the slowdown in the decline of cardiovascular disease deaths.’
Tweet it Now


University of Melbourne expert on the global burden of disease Alan Lopez said research suggests that obesity, or at least poor diet, may have been a significant contributor to the slowdown in the decline of cardiovascular disease deaths.

The correlation between diet, lifestyle and heart disease. The importance of balanced diet life style and exercise for controlling heart disease.
Advertisement
"Each of these countries have very high levels of obesity. In Australia, close to one-third of adults are obese," Professor Lopez said.

"These increases in obesity levels mean that a significant portion of the population has been exposed to the cardiovascular disease risks associated with being overweight for several decades."

However, obesity is only one of many risk factors for cardiovascular disease mortality - others include smoking, high blood pressure, high cholesterol, and diabetes.

Researchers found obesity levels are low in Italy and France where the slowdown in cardiovascular disease mortality in recent years is among the most notable of all countries.

University of Melbourne researcher and co-author Tim Adair said the research shows that the effect of successful public health interventions on cardiovascular disease mortality over the past 50 years is diminishing.

"Failure to address these issues could confirm the end of the long-term decline in cardiovascular disease deaths and threaten future gains in life expectancy."