Heart Disease  A Threat to Mankind Since the Ancient Times 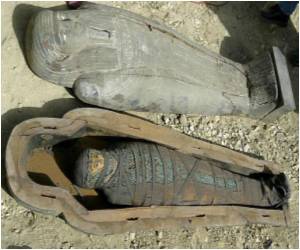 A recent research published in The Lancet, questions the common belief that sedentary lifestyle, smoking and consumption of high fat content fast food are the major risk factors for heart diseases.

In an extensive research, a team of cardiologists examined 137 mummies from Egypt, Aleutian Islands in Alaska and parts of southwestern America. CT scans done on the mummies revealed that the arteries of most of the mummies, who lived nearly 4000 years ago, contained plaque, inflammatory calcium deposits, which is a leading cause of heart attack and stroke.

The findings have surprised the researchers, as plaque deposition leading to heart disease is widely associated with modern age lifestyle and food choices.


Ancient Aleutians were thought to have had a healthy lifestyle with balanced food. In addition, smoking was not known among ancient civilizations. The ancestral Puebloans had used fire for heat and cooking, producing a lot of smoke. Randall Thompson, lead author of the research and a professor of medicine at the University of Missouri-Kansas City School of Medicine, opines that this could have had an impact on their health causing inflammation of the cells inside arteries and blockage in arteries.
Advertisement
Researchers suggest that there could be some unknown physiological factor, like genetic composition or age, which could cause the deposition of plaque in arteries.

Hence, with the recent findings, it would be unfair to continue considering heart disease as a disease of modern age and lifestyle.

Raw Food Diet
Raw food diet, made of uncooked and unprocessed food, is gaining popularity in the world of health, ...

Research Sheds Light on Process of Zeroing in on Heart Disease
Previous research has linked more than 100 regions in the genome to the risk of developing ......

Papaya Lowers Risk of Heart Disease, Diabetes
Scientists have explored the health benefits of papaya, including its usage in reducing chances of ....