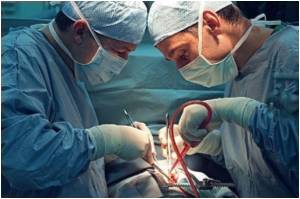 A study in New England Journal of Medicine suggests that heart attack deaths have remained the same, even as hospital teams have gotten faster at treating heart attack patients with emergency angioplasty.

Hospitals across the country have successfully raced to reduce so-called door-to-balloon time, the time it takes patients arriving at hospitals suffering from a heart attack to be treated with angioplasty, to 90 minutes or less in the belief that it would save heart muscle and lives.

In an analysis led by the University of Michigan Frankel Cardiovascular Center of 100,000 heart attack admissions across the United States between 2005 and 2009, a time period that coincided with a national effort to reduce door-to-balloon time, 4.7 percent of patients died. The rate was virtually unchanged in spite of the faster care.

Door-to-balloon time describes the amount of time between when a patient arrives at the hospital and when they receive percutaneous coronary intervention (PCI), such as angioplasty, in which a catheter with a small balloon at the tip is inserted and inflated to open a blocked artery.

The New England Journal of Medicine study of patients treated for heart attack at 515 hospitals participating in the CathPCI RegistryÂ® found door-to-balloon time fell from 83 minutes in 2005-2006 to 67 minutes in 2008-2009.

The findings show the result of collaboration and teamwork among teams led by cardiologists, emergency medicine physicians and emergency medical services to reduce the time it takes to treat a heart attack.

Health care quality has been measured by how well hospitals meet the 90-minute time goal. The U-M Health System is among those hospitals reporting its own performance publicly on the Web.

"But the pendulum may have swung too far," Menees says. "In our rush to provide treatment even faster, we may be taking patients for angioplasty who don't need one and possibly even placing those patients at-risk."

"Door-to-balloon time is easy to measure and something we can control but it's only a fraction of the total ischemic time," he says.

Each year, almost 250,000 Americans have the most serious kind of heart attack called a "STEMI," which stands for ST-elevated myocardial infarction. It is caused by a blocked artery shutting down blood supply to a large area of the heart.

"Heart muscle is dying while a patient is thinking, Is this real? Should I call, or should I not call for help?' " says senior study author and interventional cardiologist Hitinder Gurm, M.D., associate professor of internal medicine at the U-M Medical School.
"We're seeing a fair amount of delay in seeking treatment. That has been harder to fix."

The study showed the percentage of heart attack patients receiving care in 90 minutes or less improved from 59.5 percent to 83.1 percent. However the heart attack mortality rate remained virtually unchanged at 4.8 percent in 2005 and 4.7 percent in 2009.

"Emergency teams and the cardiology community have worked hard with the hope that reducing door-to-balloon time would improve patient outcomes," Gurm says. "These efforts have been widely successful. What's disappointing is that the reduction has not been accompanied by a change in mortality."

Men who skip breakfast may face an increased risk of heart attack, finds study.
Advertisement
<< Women With Early Breast Cancer Don't Benefit From MRI Right...
Success of Smoke-free Legislation Could Be Determined By As... >>