Written by Ishwarya Thyagarajan, Masters in Development
Article Reviewed by The Medindia Medical Review Team on May 7, 2019 at 5:52 PM
Health Watch

The World Red Cross and Red Crescent Day are celebrated on 8th May of every year commemorating the birth anniversary of its founder Henry Dunant who was the also the first recipient of Nobel Peace Prize. This year the celebration is about the strength, global reach and the contribution of staff and volunteers of Red Cross.

By highlighting its diversity in work and universality of approach the Red Cross also aims to expand the public's understanding of the International Red Cross and Red Crescent Movement. The Red Cross is hoping to use the power of people's emotion felt towards the Movement to celebrate the impact and commitment of its staff and volunteers.


Humanity, impartiality, neutrality, independence, voluntary service, unity and universality are the seven fundamental principles that provide a framework for the Movement and define its approach while helping communities.


‘World Red Cross Day is observed on 8th May every year. This year (2019), it celebrates the strength, global reach and the contribution of staff and volunteers of Red Cross.’
Read More..


Adherence to these principles can help the Movement safeguard its humanitarian nature and helps it achieve consistency in the wide range of activities it is involved in across the globe. The primary objectives of the Movement are:

The Red Cross Society was established in 1863 by Henry Dunant after he witnessed the aftermath of war and called upon people to help the victims. Following this, a five-member committee including Dunant was formed by the Geneva Society for Public Welfare in 1863 which came to be known as the International Committee of the Red Cross (ICRC). Since then, having worked through the two world wars, ICRC has continued urging governments to strengthen international humanitarian law.

With around 16,000 employees and centers in almost 80 countries, ICRC helps people affected by conflicts, violence, natural disasters, and crises and also promotes laws protecting war victims. An impartial, independent and neutral organization, the ICRC's mandate is based on the Geneva Conventions of 1949. Voluntary donations from governments and the National Red Cross and Red Crescent Societies fund the activities of ICRC.

Activities of the ICRC are concentrated in the following domains:
Their focus is on helping civilians, women, children, migrants, refugees, detainees, asylum seekers and people with disability among others.

This year the Red Cross hopes to continue to position the local and global reach and relevance of the Movement and also its capacity to help the communities that are most difficult to reach, leaving no one behind. It also aims to identify and profile the local actors who are capable and have community acceptance and accountability.

The celebrations this year are around the theme 'Love.' The Red Cross is using a simple call to action: 'What do you #love about Red Cross and Red Crescent?' It is asking the public and its volunteers to share their stories through short videos posted on social media platforms, telling why they '#Love Red Cross and Red Crescent.'#RedCrossDay #RedCrescentDayare the hashtags to be used on social media. Social media kits including posters, logos and templates have been designed.

This year also marks the centenary year of the International Federation of Red Cross and Red Crescent Societies (IFRC) which was named the League of Red Cross Societies when it was founded in the year 1919.

The Red Cross deserves all the love, encouragement and support to continue the selfless and unconditional work it has been doing and acknowledgment for their efforts this time of the year. 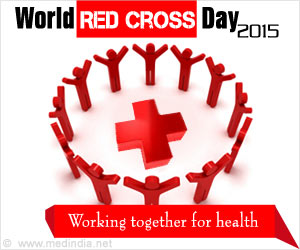 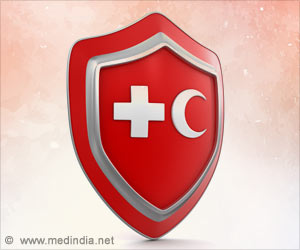 Red Cross Blood Campaign Pint for Pint to Begin Soon
Baskin Robbins and the Red Cross team have joined hands to offer a "Pint for a Pint", which is quite a unique campaign to inspire people to donate blood.
READ MORE