World Mental Health Day is observed on 10th October every year to create global awareness about mental illnesses and highlight the importance of preventive measures to tackle the disease. World Mental Health Day provides an opportunity for individuals, organizations, and other stakeholders to come together and share their experiences on mental health issues and what needs to be done to make mental healthcare for 'all' a reality.

The awareness color for World Mental Health Day is 'Green'. Hence, as a part of the celebrations, people from around the world will be wearing 'Green', such as green colored T-shirts, caps, ribbons, and lapel pins to show their support for people suffering from mental illnesses.


The Instagram hashtag for World Mental Health Day is #worldmentalhealthday. So, messages, infographics, stories, and news related to mental health can be shared instantly with friends, loved ones and the larger global community.

Mental health and wellbeing is just as important as physical health and needs to be taken care of, whether mental illness is present or not. Mental wellbeing refers to how an individual feels and how well he/she can cope with day-to-day life. Mental health problems affect around 12 percent of the world's population, which translates into 450 million or one in every four individuals. Mental illnesses can range from common problems such as anxiety and depression to rarer ones, such as bipolar disorder and schizophrenia, among many others.

The 2019 World Mental Health Day theme is 'Mental Health Promotion and Suicide Prevention.' The primary objective of making suicide prevention the theme for 2019 is to attract the attention of governments so that the issue of mental health is prioritized in public health agendas in all countries around the world.

David Émile Durkheim, the noted French sociologist, gave the best definition of suicide as: "A term applied to all cases of death resulting directly or indirectly from a positive or negative act of the victim himself, which he knows will produce this result."

Suicidal behavior has existed since time immemorial. Suicide has been an active area of study for centuries in many disciplines, including Medicine, Psychology, Sociology, Bioethics, Law, and even Religion and Philosophy. In recent decades, the incidence of suicide has increased dramatically across the world due to the interplay of various complex factors and currently has reached alarming levels. Although it is often believed that suicide is confined only to adults, it is also prevalent in children and adolescents, resulting from violence, bullying, and sexual abuse.

The major challenges for preventing suicides are stigma and taboo, as well as the lack of quality data on which preventive strategies can be based. These are briefly discussed below:

The World Health Organization (WHO) aims to prevent suicides by promoting overall mental health. This has resulted in several initiatives, which are indicated below:

The Government of India has launched several initiatives to promote mental health. These are highlighted below:

We all have a role to play in suicide prevention and collectively we can make a difference and save lives. Efforts to prevent suicide are more likely to succeed when there is a broad participation and a shared commitment to meet common goals. Collaborative efforts are also likely to be more sustained when resources are shared, such as staff, responsibilities, materials, funds, knowledge, and research findings.

So, on this World Mental Health Day, let's get together to generate awareness in a unifying voice, showing empathy towards those suffering from mental illnesses, helping them to better cope and manage the disease. This will help create hope and empower them to take action and fight the disease to make a long-lasting positive impact on their lives. 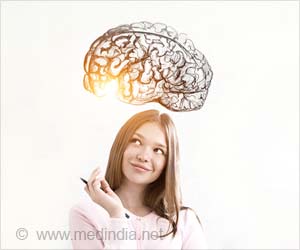 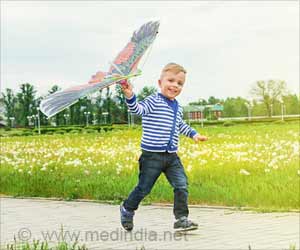 Living Close to the Sea can Boost Your Mental Health
Is living near the sea good for you? Yes, coastal living or living near seaside can improve mental health and wellbeing, thereby cutting down the risk of depression and anxiety.
READ MORE

Yoga Benefits People With Mental Illness
Mental illness in city dwellers which has emerged as a major problem can be treated to an extent through yoga.
READ MORE