The 25th of April is observed as World Malaria Day annually. This year, the theme for the day is 'Ready to Beat Malaria'. To achieve a malaria-free world, there is an urgent need for the global community to come together and commit towards the goal. The World Malaria Day will highlight the remarkable progress achieved in tackling malaria but also highlight the worrying data captured in the 2017 World Malaria Report.

Malaria is a mosquito-borne disease caused by a Plasmodium parasite. The parasite is picked up by mosquitoes and transferred to people, when that mosquito bites a person. The mosquito thus transmits the disease. The most common symptoms of malaria include fever, chills, and flu-like illness. The disease is usually fatal, if left untreated.
World Malaria Day


In 2016, an estimated 216 million cases of malaria occurred worldwide and 445,000 people died, mostly children in the African Region.

The World Malaria Report 2017 shows that while there has been an unprecedented period of success in malaria control, no progress has been seen thereafter. In 2016, there were an estimated 216 million cases of malaria, an increase of about 5 million cases over 2015. Deaths reached 445 000, a similar number to the previous year.


The current pace of fighting malaria is insufficient to achieve the 2020 milestones of the WHO Global Technical Strategy for Malaria 2016-2030, which aims for a 40% reduction in malaria case incidence and death rates compared to that of 2015.

Challenges to Malaria Elimination:
While the scaling up of insecticide-treated nets and indoor spraying with insecticides has played an important role in reducing malaria cases and deaths, there are still regions where the disease is heavily concentrated and the cases of malaria are on the rise.

Currently, countries with ongoing transmission fall into one of two categories: those moving towards elimination and those with a high burden of the disease that have reported significant increases in malaria cases.

Without urgent action, the major gains that we have achieved as a community in the fight against malaria will be under threat. On this World Malaria Day organizations like the WHO call for greater investment and expanded coverage of proven tools that prevent, diagnose and treat malaria.

Every big stride comes after several small steps. Likewise, each one of us can do our part in making the world and the country that we live in malaria free.

There are a number of ways in which you could help:
References :Source: Medindia 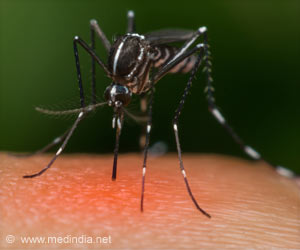