Vitamin B3 can Prevent Glaucoma

Vitamin B3 can help treat glaucoma, which is a devastating eye disease that has affected nearly 300,000 Aussies.

Currently, scientists from Melbourne's Centre for Eye Research Australia (CERA) are trialing vitamin B3 supplements to prevent or reverse blindness as a result of glaucoma. This study is the world's first clinical trial.
Vitamin B3 can Prevent Glaucoma

Link between Vitamin B3 and Glaucoma


‘Vitamin B3 supplementation can help prevent and possibly reverse blindness in glaucoma patients.’


Glaucoma causes blindness by killing ganglion cells at the back of the eye that send messages to the brain.

In previous studies, vitamin B3 was found to replenish the molecule that helps produce energy for those cells.

Scientists hope that this new trial can help prove if the vitamin can be used to support existing therapies for glaucoma, such as eye drops and surgery.

"Our study hopes to confirm that vitamin B3 can protect nerve cells from dying, in a similar way that adding oil to a faulty car engine can still allow it to run more smoothly," said Research Fellow Dr. Flora Hui in an official statement.

Dr. Hui also said that when vitamins are used in combination with other therapies, they produce the energy required to extend the life of the cells. This trial could change the lives of 60 million glaucoma suffers worldwide.

Can Vitamin B3 reduce Glaucoma?

The trial conducted on mice shows that high doses of Vitamin B3 could prevent the onset of the disease.

Since, there is no cure for glaucoma, scientists have aimed their therapies at lowering the pressure in the eye and so are hoping that the vitamin B3 can help prevent future progression.

Dr. Hui said that optic nerve damage first impacts the side vision and then the health of the eye declines gradually.

"We know that approximately one in ten Australians over the age of 80 will have glaucoma, but more and more, we're seeing younger people in their 40s and 50s as well, actually developing glaucoma," said Dr. Lui said.

The clinical trials were conducted for about six months per patient, and by the end of the year, scientists expect the results.

"If we can show Vitamin B3 is helpful to patients, people can go out to their chemist and tomorrow and buy it off the shelf,"

Dr. Lui said that if Vitamin B3 proves to be helpful, it can be made available to patients over the counter.

Glaucoma refers to a group of disorders that have in common a specific pattern of optic nerve involvement with specific visual field changes, and which are most commonly due to a rise in intraocular pressure.

In glaucoma, the optic nerve head (beginning of the optic nerve, and visible while examining the retina as the optic disc) undergoes certain anatomical changes (referred to as cupping) that do not occur in any other disease. These changes are permanent and can result in visual impairment.

Almost all glaucomas are due to insufficient drainage of aqueous humor from the eye.

Treatment of glaucoma depends upon the type and stage of glaucoma. It is important to realize that treatment does not reverse the damage to the optic nerve. It only prevents further damage and subsequent blindness. 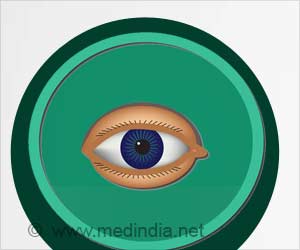 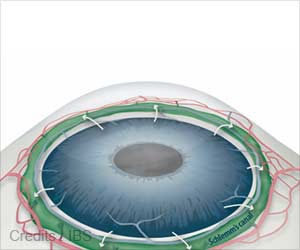 Glaucoma: Antibody Treatment may Reduce Intraocular Pressure
Glaucoma is caused by increased intraocular pressure. Rejuvenating the eye's Schlemm's canals may lead to the development of treatment for glaucoma.
READ MORE