Human herpesvirus 6B (HHV-6B) glycoprotein complex which consists of gH/gL/gQ1/gQ2 is an effective vaccine candidate for HHV-6B.

Currently, there is no prevention or treatment for HHV-6B infection. This study is the first attempt at developing a vaccine for HHV-6B.
Vaccine for Human Herpesvirus 6B (HHV-6B) Infection


The results were published in the journal PLOS Pathogens.

HHV-6B is a virus that infects infants. It is generally passed on to infants through the saliva of family members.

HHV-6B usually causes exanthem subitum. Exanthem subitem is caused in infants around 6 months old. Symptoms include a fever above 38 degree Celsius, which is followed by a rash once the temperature returns to normal.

In most cases of exanthem subitem, the infant recovers without having any severe symptoms. However, rarely infants experience severe complications like febrile convulsions, brain inflammation (encephalitis) and encephalopathy.

Japan has reported that around 150 infants every year suffer from encephalitis or encephalopathy. This results in lasting aftereffects.

The glycoprotein complex gH/gL/gQ1/gQ2 is expressed on the surface of the HHV-6B.

This complex interacts with CD314(OX40), which is a factor expressed on stimulated T cells. This interaction is key to the HHV-6B infection.

The research group is also researching to generate mice antibodies that can be used on humans.

From the findings, the research group concluded that an effective immune response against HHV-6B infection could be generated if inoculation with the glycoprotein complex induced immunity against the complex.

The researchers have developed a vaccine based on the HHV-6B gH/gL/gQ1/gQ2 complex. The BIKEN Foundation and Kobe University have also filed a patent for the vaccine.

The glycoprotein complex was generated by using genetic modification techniques.

The glycoprotein complex is a complicated molecule consisting of four types of protein.

A method was developed to grow the glycoprotein complex in a cultivated cell so that all the proteins are expressed at a time.

HHV-6B gH/gL/gQ1/gQ2 complexes generated via this method retained their function of interacting and binding to CD34 (OX40).

The glycoprotein complex was combined with an aluminum hydroxide adjuvant (Alum), commonly used in many vaccines. Adjuvants strengthen the immune system so that it can react efficiently against the antigen and promote more effective immunity acquisition.

Mice were inoculated with several doses of the glycoprotein complex in combination with an adjuvant, and the immunity induction was analyzed.

The study results confirmed that there were vaccine induced antibodies against the glycoprotein complex in the serum of mice.

The serum had also prevented HHV-6B from infecting the cells. The glycoprotein complex activated dendritic cells that induced innate immunity.

A vaccine was developed with oligonucleotide D35 which has the potential to induce cellular immunity and its transporter, the DOTAP lipid as adjuvants in addition to Alum.

After the immunity experiments, the spleen cells of the mice were extracted to investigate the glycoprotein complex.

A stronger response to the antigen was observed in the group inoculated with Alum/D35/DOTAP combination. It confirmed that cellular immunity was induced.

The further analysis had also revealed that CD4 T cells were the main responders to the antigen.

Prevention of the HHV-6B infection was also investigated by uses immune cell-humanized mice.

A humanized mouse model is when human stem cells are inserted into a mouse with an immune cell deficit. The mouse retains the human immune cells, and it acts like an animal model.

The results demonstrate the efficiency of the vaccine, which induced immunity against HHV-6B infection in mice.

The results of the study are promising for the prevention of HHV-6B infection. It is also safe as it does not contain any other virus-derived molecules other than the glycoprotein complex.

This combined vaccine is given at 3 months of age. The researchers hope the HHV-6B inoculation could be added to this vaccine.

One major problem of HHV-6B infection is the fact that the virus remains latent inside the host for their entire life. It can be reactivated and has been known to trigger various diseases.

The vaccine developed by this study offers both humoral immunity and cellular immunity. It can induce a strong immune response to HHV-6B.

The vaccine could also be used in patients undergoing hematopoietic stem cell transplants, as it has a high potential of reactivating the virus.

They aim to bring an HHV-6B vaccine developed in Japan to the world. 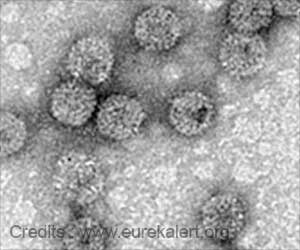 New Herpesvirus Discovery Could Lead to Better Treatment
16 structures of herpesvirus that can be attacked by killer T cells discovered. The finding could be a possible approach for new therapies.
READ MORE

New Molecule Has Potential Anti-Herpes Virus Effect
A new molecule called BX795 appears to be effective against herpes simplex type 1 (HSV-1) infection of the eye. It acts by a mechanism different from the currently used nucleoside analogues.
READ MORE 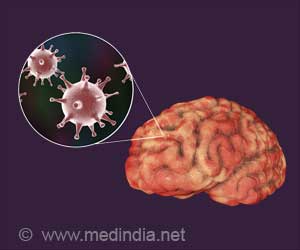 Herpes  A Risk for Alzheimer's Disease
Link between Alzheimer's disease and herpes virus infection has been identified by a research team at the University of Manchester. The research suggests that herpes treatment with aggressive antiviral drugs may reduce the risk of dementia.
READ MORE