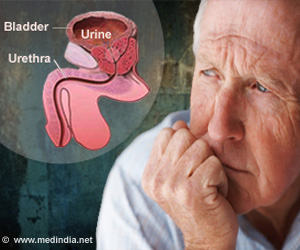 Pelvic-floor exercises aim at toning the pelvic floor muscles. Pelvic-floor muscle training is mostly advised for women following delivery. Its effectiveness in women is well established. But there is lack of conclusive evidence for its use in men suffering incontinence.

Surgical management of diseases of the prostate often results in urinary incontinence in men, i.e. lose of voluntary control over urination. Both the well-known operations called Radical prostatectomy and transurethral resection of the prostate (TURP) are associated with this risk, despite improvements in surgical technology and techniques.


Participants in the recent trials (two trials were performed) were the ones with urinary incontinence six weeks after surgery for radical prostatectomy (trial one) or transurethral resection of the prostate (trial two). They were randomly apportioned to receive four sessions with a therapist over three months, or standard care and lifestyle advice.
Advertisement
Review after 12 months revealed no significant difference in the rate of urinary incontinence in the intervention or control groups in either of the trials. No adverse effects were noticed. This meant one-to-one conservative physical therapy would not be a cost effective or efficient strategy. Standard care and lifestyle advice would be more viable.

Developing nations cannot afford such high mean costs per patient. Thus the hunt for the best management for men with persistent incontinence after prostate surgery may continue. Muscle training is not the only clinical tool available for the purpose. The efficacy of alternatives like biofeedback training and supportive devices needs to be assessed.

Diaper Rash
Diaper rash is an inflammatory skin condition that occurs in the diaper areas and commonly seen in t...

Prolapse of Uterus
Uterine Prolapse or prolapse of the uterus is a condition when a womans uterus (womb) sags or slips...

Stress Incontinence
Stress incontinence is the most common type of urinary incontinence. Women are more prone to it than...