Transcendental Meditation can Prevent You From Chronic Heart Failure

The randomized controlled study was recently published in Ethnicity & Disease in their Autumn 2019 Hypertension issue.
Transcendental Meditation can Prevent You From Chronic Heart Failure


‘Transcendental meditation can prevent the disease process, especially helps in preventing abnormal enlargement of the heart and also reduces the risk of developing chronic heart failure.’


Despite advances in medical care, cardiovascular disease (CVD) is the leading cause of death in the USA. Abnormal enlargement of heart, medically known as left ventricular hypertrophy (LVH), is an important risk factor for CVD. It doubles the risk of heart attacks, arrhythmias, stroke, heart failure, and death from CVD.

The disproportionately high rates are suggested to be associated with the burden of psychosocial stress.

A recent scientific statement from the American Heart Association emphasized the potential for stress-reduction methods to prevent heart disease and premature mortality in African Americans.

The trial included 85 African Americans with high blood pressure who were randomly assigned to Transcendental Meditation or to a health education (HE) control group, in addition to usual medical care.

This trial tested the effects of stress-reducing meditation to prevent LVH in this high-risk population. It found that stress reduction with TM practice prevented heart enlargement in hypertensive African American patients.

The findings of this study suggest that TM practice is an effective non-drug method for preventing heart enlargement in African American hypertensives who are especially at high risk of developing associated CVD.

"This is a form of heart disease where nondrug treatments are relatively understudied," said Professor Robert Schneider, MD, FACC, first author. "Since the physiology of stress contributes to cardiac enlargement, we hypothesized that managing one's mind-body connection with Transcendental Meditation might prevent the disease process."

Use of Echocardiography to Detect Hypertrophy

Echocardiography is a noninvasive diagnostic test that uses ultrasound waves to create an image of the heart muscle. Ultrasound waves that rebound or echo off the heart can show the size, shape, and movement of the heart's valves and chambers as well as the flow of blood through the heart. It can therefore be used to detect heart chamber or wall enlargement known as hypertrophy.

Echocardiography was issued at the start of the study to both TM and HE groups. After six months of practice, repeat testing with echocardiography found that the HE control group progressed on cardiac enlargement while the TM group showed prevention of enlargement. There was a significant change in left ventricle mass index (LVMI) between the groups after the six-month intervention.

About 11% Reduced Risk of Cardiovascular Mortality

Dr. Komal Marwaha, MD, PhD, an Associate Professor in the Department of Physiology and Health at Maharishi International University (formerly Maharishi University of Management), worked on this study as part of her PhD thesis.

Dr. Schneider, dean of MIU's College of Integrative Medicine, said these reductions are significant. "These results suggest that an effective technique for stress reduction may prevent the progression of left ventricular hypertrophy and thereby help to prevent premature heart disease and cardiac mortality."

Keith Norris, MD, PhD, Professor of Medicine at UCLA, and one of the study's co-authors, added: "We hope these findings will lead to more investigations into non-drug interventions for the prevention and early intervention of heart disease that are sorely needed given the high cost of health care in our nation and the impact of health care cost on low income and disproportionately minority communities."

The research was conducted in conjunction with Martin Luther King Hospital and Charles R. Drew University of Medicine and Science in Los Angeles, and was funded by a grant from the National Institutes of Health.

Of the 85 original subjects, roughly 50% in each group were available for the final echocardiograph tests after the 6-month study period. The high attrition might have reduced power for some of the findings.

However, the attrition was not significantly different between the TM and the HE groups, thus reducing potential subject bias in the final sample. Moreover, the attritors and completers were not significantly different in demographic or physiological characteristics at baseline that prevented the occurrence of systematically biased treatment outcomes.

No record of compliance for home TM practice was collected. However, the record of meeting attendance was significantly higher in the TM (80.6%) as compared with HE (50.2%) group (P=.001).

Transcendental Meditation Could Reduce Burnouts Among Nurses
Transcendental meditation can reduce compassion fatigue experienced by the nurses in the day to day life, finds a new study.
READ MORE 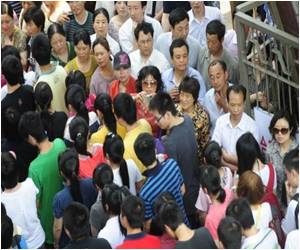