Tall and slim girls are less likely to conceive, reports a new study. Coinciding with International Endometriosis Awareness Month, a new study highlights that delays in diagnosis could be reduced for a debilitating disease that affects 5-10% of women globally. The findings of the study are published in the journal Annals of Human Biology.

Girls who are tall and lean are at greater risk of developing endometriosis, a debilitating disease that affects women's quality of life and ability to conceive, according to results from a 66-year-long study which indicates that risk factors can now be picked up at an earlier age.
Tall, Slim Girls are More Likely to Suffer Endometriosis

The research - which tracked the pathways into adulthood of more than 170,000 girls, aged seven to 13 - is the first to trace links between the risk of endometriosis and childhood height and BMI. Previous studies have suggested an association with adult height and body size, but results have been inconsistent. These new results are the first to use measured weights and heights rather than relying on memory.


‘Is being tall bad for a girl? Yes, being tall and slim can put girls at a higher of developing endometriosis, a devastating disease that affects women's quality of life and ability to conceive.’
Read More..


The findings show girls with a higher childhood BMI have a lower risk of endometriosis, than girls who are tall and lean - with factors more likely to be due to biological mechanisms, such as an increased level of estrogen, rather than socioeconomic issues.

"Our findings suggest that indicators of risk can be picked up at an earlier age, which might help speed up diagnosis so treatment can be started to slow the growth of endometrial tissue."

The disease is characterized by tissue that looks and acts like the lining of the womb, but that grows in other locations. These endometrial implants most commonly develop in the ovaries and other parts of the pelvis but can also be found beyond the pelvis. While cells in the womb build up, break down and then leave the body as a period, endometrial cells that build up and break down in other parts of the body have no way to escape. When the blood touches other organs, it can cause severe pain.

For roughly 176 million women affected worldwide, the disease reduces quality of life and can cause infertility. Evidence suggests it can also increase the risk of women developing other chronic diseases including heart disease and gynecological cancers. Despite this, little is known about the causes. The few established risk factors for endometriosis include menstruation starting at an early age, shorter cycles and a family history of the disease.

For the current study, the research team examined whether birth weight, childhood BMI and childhood height are associated with endometriosis, as well as with risks of adenomyosis. Adenomyosis is when the endometrium grows into the muscle wall of the womb, rather than outside it as in endometriosis.

Birth weight, measured height and measured weight were analyzed from 171,362 girls aged seven to 13, born in Denmark between 1930 and 1996. Follow-up started in 1977 or when the girls reached 15, whichever came later, and ended if endometriosis or adenomyosis was diagnosed or in June 2017, whichever came first. 2,149 women were diagnosed with endometriosis and 1,410 with adenomyosis.

The results found that girls with a higher childhood BMI had a lower risk of endometriosis, while taller girls were diagnosed with the disease more often. For example, a difference of around 2.3kg between two seven-year-old girls was associated with an 8% increased risk of endometriosis in the lighter girl, while being taller by around 5.2cm is associated with an increased risk of about 9%. There was no similar association with adenomyosis risk, and there was no link between birth weight and either endometriosis or adenomyosis.

The findings were consistent whether the girls were born towards the start of the 66-year period or more recently, spanning a period when significant improvements were made in medicine and in living conditions. The associations are therefore likely to be due to biological mechanisms, rather than socioeconomic factors. In terms of height, estrogen is crucial for the acceleration in vertical growth that occurs during puberty and is also known to promote the growth of endometrial cells. The authors suggest estrogen could be behind the positive association between the disease and being tall.

The mechanisms behind the association with childhood BMI are more complex and as yet unknown. For example, a larger body size is associated with menstruation starting at a younger age, and in this study also with a lower risk of endometriosis. This appears inconsistent with strong evidence that earlier menstruation is a known risk factor for endometriosis, so the timing of puberty is unlikely to explain the new findings.

"Our study covered practically all children attending school in the Copenhagen area over many decades, both before and after the obesity epidemic, with virtually all of them included in the follow-up analysis," says senior author Dr Jennifer Baker. "This makes the results an important contribution to our limited understanding of endometriosis, while also highlighting how much more we need to learn about the biological processes behind it."

This article will be included in a special issue of the Annals of Human Biology 'Cohort methods and applications in human biology,' which is a collection of articles reporting research from several large international cohorts and longitudinal study consortia. 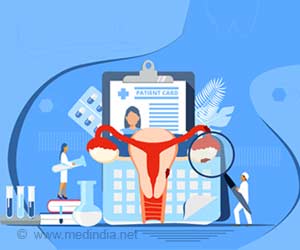 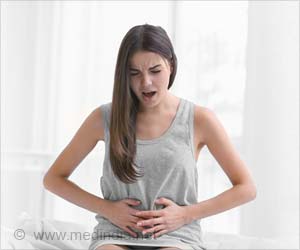 Uterus Bioengineering Using Stem Cells May Help Treat Endometriosis
Endometriosis could soon be treated using stem cells (iPS cells) that can be induced to produce healthy uterine cells to replace the diseased tissue. A bioengineered uterus could be developed in the future, using this strategy.
READ MORE