People with serious mental illness can achieve significant weight loss with the help of a behavioural weight-loss intervention. A new John Hopkins research proves that serious mental illness is not a barrier to successful weight-loss. A programme that focuses on simple messages and goals and involves regular exercises can help the mentally challenged to stay healthy and lose weight.

Despite the knowledge that persons with serious mental illness, such as schizophrenia, bipolar disorder and major depression are more vulnerable to the complications associated with obesity, they remain grossly neglected. They are always excluded from weight-loss trials. The prevalence of obesity in this group of people is nearly twice that of the overall population. Hence, they carry an increased burden of weight-related diseases like diabetes, high blood pressure, abnormal cholesterol levels and certain cancers. Deaths due to heart disease appear to be common in them.

Serious mental illness makes a person more prone to physical inactivity and unhealthy diets. Many of the drugs used to treat mental illness have weight gain as side effect; most work by increasing appetite.


Introduction of lifestyle interventions in the group is indeed not an easy task. With impaired memory and executive functions, it is difficult to make them learn and adopt new behaviours. Reduced access to healthy foods and lack of affordable, safe places to exercise is another difficulty when the person has a low socioeconomic status. The stigma associated with mental illness prevents many from participating in mainstream leisure-time physical activities. Concerns about adherence and ability of people with mental disorders to participate in groups prevented researchers from including them in any of the lifestyle-intervention trials. Limited studies had been done so far which involved the mentally challenged.

The new research, perhaps the first large study of its kind, involved 291 overweight or obese participants who had diseases like schizophrenia, bipolar disorder and major depression. All of them were recruited from 10 community psychiatric rehabilitation outpatient programs. They were randomly grouped into two. One group received tailored group and individual weight-management sessions and group exercise sessions, while the other served as a control for the study.

Significant reduction in weight was recorded over a period of 18 months; the intervention thus proved to be a success. Tailored programmes can thus break the barriers that previously isolated the mentally challenged from losing weight in a healthy manner. It is finally possible to help them to lose weight and stay healthy. Psychiatric rehabilitation facilities may very well adopt the programme.

Coffee - Mental Performance and Wellness
When consumed in moderation mood elevation and alertness are experienced but excess leads to to anxiety attacks and insomnia.
READ MORE 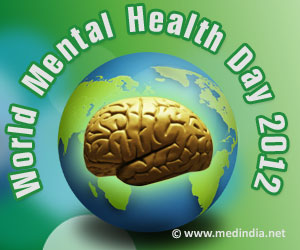 20 Million Indians Suffer Serious Mental Disorders With Most Hidden From Public View
For many patients at the Sanjali rehabilitation center in New Delhi, why they are there or how they lived before chronic mental illness took over their lives cannot be understood.
READ MORE