But, both dietary fructose consumption and serum uric acid concentrations can increase the risk of non-alcoholic steatohepatitis(NASH) independently.


NAFLD, is the accumulation of extra fat in liver cells in people who drink little or no alcohol. It is the fastest growing cause of liver disease in both Western and developing countries.

Nonalcoholic steatohepatitis (NASH) is a type of NAFLD. In NASH there is inflammation and liver cell damage, in addition to fat accumulation in the liver.

Up to 9.6% of all children and 38% of obese children are affected by NAFLD, including NASH.

Although NASH is a less aggressive form of NAFLD, it can progress to severe fibrosis and cirrhosis, with development of liver carcinoma in adults.

"It is plausible that dietary fructose intake and uric acid concentrations are potential risk factors for liver disease progression in NAFLD. Numerous studies have shown that high uric acid levels are associated with metabolic syndrome and NAFLD, but to date, to the best of our knowledge, no studies have tested the independence of associations among uric acid concentrations, fructose consumption, and NASH confirmed by biopsy," explained senior investigator Valerio Nobili, MD, Chief of the Hepatometabolic Unit Liver Diseases Laboratory, Bambino Gesù Hospital, IRCCS, Rome, Italy.

A team of researchers in Italy and the UK studied 271 obese children and adolescents with NAFLD among whom 155 were males with mean age 12.5 years. They had undergone liver biopsy.

The participants completed a food frequency questionnaire, indicating :
Children and adolescents reported that soda and other sweetened beverages were their major dietary source.

Fructose consumption was independently associated with high uric acid, which occurred more frequently in patients with NASH than in not-NASH patients.

"In this study, we show for the first time that uric acid concentrations and dietary fructose consumption are independently and positively associated with NASH. The development of NASH may markedly affect life expectancy and quality of life in affected individuals and therefore it is crucial to understand the risk factors for NASH in children and adolescents in order to design effective interventions which can be used safely to treat this young group of patients," Dr. Nobili concluded.

Fructose consumption can be reduces by directing efforts towards behavior modification, nutrition education, and limiting access to soda and other sweetened beverages. Many countries have already launched campaigns to ban soda vending machines in schools.

Thus the results state that both dietary fructose consumption and serum uric acid concentrations independently contribute to non-alcoholic steatohepatitis (NASH) and its progression.

The findings are published in the Journal of Hepatology.

Obesity And Diabetes Behind Rise in Nonalcoholic Steatohepatitis in US
Nonalcoholic steatohepatitis (NASH) occurs when fat builds up in the liver. This accumulation of fat damages the liver and leads to cirrhosis. NASH is rapidly increasing in the U.S.
READ MORE 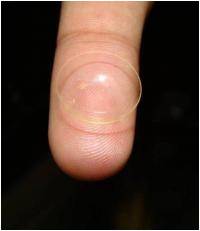 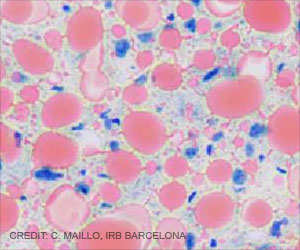 Protein That Offers Protection Against Fatty Liver Identified
Understanding the role of the CPEB4 protein in the liver could contribute to the development of treatments that boost the clean-up process.
READ MORE

Sugar: Time to Look beyond Its SweetnessGout and DietTips for Healthy Fasting During Ramadhan
Sign up for Wellness Consult a Doctor Sign up for Selfcare