Written by Dr. Meenakshy Varier
Medically Reviewed by The Medindia Medical Review Team on December 9, 2016 at 11:33 AM 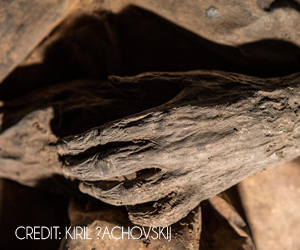 Smallpox, a disease that wiped off millions of people from the face of the earth may not be such an ancient disease but rather a much more modern killer.

The new findings are a result of genetic research from an international team of researchers including McMaster University, University of Helsinki, Vilnius University and the University of Sydney.

Much More Than Smallpox in the 'Forgotten Freezer'
An enquiry into the discovery of six vials of forgotten smallpox at a US government lab has revealed many more boxes containing infectious biological agents, US regulators said Wednesday.
Advertisement
‘Careful analysis of the remains from epidemic burials is essential to dig deeper into the evolution of smallpox and chances of its possible re-emergence.’

It raises new questions about the role of smallpox in human history, about the emergence of the variola virus that causes smallpox and its evolution in response to inoculation and vaccination.


"Scientists don't yet fully comprehend where smallpox came from and when it jumped into humans," says evolutionary geneticist Hendrik Poinar, senior author of the study, director of the McMaster Ancient DNA Centre and a researcher with Michael G. DeGroote Institute of Infectious Disease Research. "This research raises some interesting possibilities about our perception and age of the disease."

Doctor Who Eradicated Smallpox Dies at 87
Donald Henderson was an American doctor who led the WHO's 10-year effort to eradicate smallpox, one of the greatest public health achievements in history.
Advertisement
Smallpox

Smallpox is an acute and contagious viral disease caused by the variola virus. It was one of the most devastating viral diseases ever to strike humankind.

The last known case was detected in the year 1977 in Somalia. In 1980, the World Health Organization declared the eradication of smallpox, following a global immunization campaign.

Smallpox is thought to have emerged thousands of years ago in ancient Egypt, India and China, with some historical facts suggesting that the pharaoh Ramses V, who died in 1145 BC, had suffered from smallpox.

Better Understanding of its Evolution

Capturing-After obtaining clearance from the WHO in Geneva, scientists worked on the heavily fragmented DNA, extracted from the partial mummified remains of a Lithuanian child believed to have died between 1643 and 1665. Smallpox was believed to have been rampant throughout Europe during this period.

Re-constructing-The smallpox DNA was sequenced and the ancient genome completely reconstructed. The mummies are not infectious as no live virus strains were detected.

Comparing-Researchers then compared and contrasted the ancient 17th Century strain to those from a modern databank of samples ranging from 1940 up to its eradication in 1977.

All the available strains of the virus had no ancestors older than 1580 suggesting that smallpox virus evolved far more recently than previously thought.

"This study sets the clock of smallpox evolution to a much more recent time-scale" said evolutionary biologist Eddie Holmes, a professor at the University of Sydney, Australia.

The reservoir of the pox viral strains for human smallpox is currently unsampled suggesting that the real reservoir may have gone extinct.

Both the forms experienced a 'major population bottleneck' with the global immunization efforts.

"This raises important questions about how a pathogen diversifies in the face of vaccination. While smallpox was eradicated in human populations, we can't become lazy or apathetic about its evolution - and possible reemergence--until we fully understand its origins," says Ana Duggan, a post doctoral fellow in the McMaster Ancient DNA Centre.

Researchers must carefully examine the remains of individuals buried in epidemic burials in central and southern America, to understand its possible emergence

The findings are published in the journal Current Biology.

Study Offers New Clues on the History of the Smallpox Vaccine Virus
Some form of variola virus could be reintroduced to humans in weaponized form, new generations of smallpox vaccines are highly needed, say scientists.

Vent Forte (Theophylline) The Essence of Yoga A-Z Drug Brands in India Turmeric Powder - Health Benefits, Uses & Side Effects Loram (2 mg) (Lorazepam) Blood Pressure Calculator Iron Intake Calculator Accident and Trauma Care How to Reduce School Bag Weight - Simple Tips Nutam (400mg) (Piracetam)
This site uses cookies to deliver our services.By using our site, you acknowledge that you have read and understand our Cookie Policy, Privacy Policy, and our Terms of Use  Ok, Got it. Close
×