The Self-Injury Awareness Day is celebrated on the first of March every year by several international organizations to increase awareness about self-harm and the need to identify and address this serious issue with our near and dear ones.

Self-injury or self-harm is a problem that is probably more common in today's world than any time in the past due to the high-stress environment that we are exposed to. It is a condition where a person repeatedly physically harms his or her own self, not with the intent to commit suicide, nor to attract attention, but to divert the mind away from something that is bothering the person mentally or emotionally.
Self-Injury Awareness Day


The turbulent period of adolescence characterized by mood changes and emotional turbulence, is often marred by incidences of self-injury. The habit of self-harm, however, may affect individuals of all ages. Men may refuse to admit that they do it since they have to maintain their image of being 'manly', but they can also get affected.


‘The Self-Injury Awareness Day is celebrated on the first of March every year by some organizations to increase awareness about the little-known psychological behavior.’


Some people who commonly practice self-injury may be affected by depression or may be hypersensitive to their environments. Others may be dissociated from the people around them and be lonely. Though the awareness about depression has increased in the past few years, it still remains a taboo topic in several parts of the world and most people still do not have access to adequate treatment.

Some people harm themselves purely out of habit. They repeatedly cut or bruise themselves, often with small sharp instruments. The injury causes a pain that diverts the individual's attention from the mental trauma. It could also make a person who is dissociated and feeling alone and numb feel alive. Self-injury is usually not about committing suicide. However, it is possible that it may accidentally result in suicide. For example, an accidental over dosage or a cut on the wrist could be fatal.

The self-harm will not stop, if it is discovered and the individual is asked to stop it - such an approach could only make it worse. It can only be controlled when the individual's mental problems are assessed and addressed.

If you discover self-harm behavior in your near ones, do not appear shocked or change your attitude to them. Treat your relationship in exactly the same way as before, since it is not that the affected individuals are abnormal or weird, they are just trying to cope with their problems. Instead of asking to see the wounds that they have inflicted, which could be embarrassing, it is better to make them aware of the situation and offer, but not force, to take them to a psychologist or a psychiatrist at the earliest to address the mental aspect of the issue. Your support itself would make a difference.

It is also important for medical professional to be sensitized to the condition, since they are in a position to accurately identify signs of self-injury.

You could increase awareness of the condition by raising the issue on social media or among family and friends, or by wearing a simple orange band on the day. 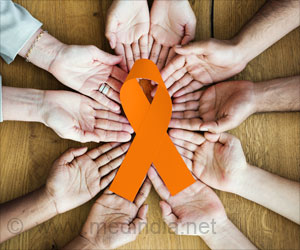