Written by Madhumathi Palaniappan
Medically Reviewed by The Medindia Medical Review Team on November 1, 2016 at 10:40 AM 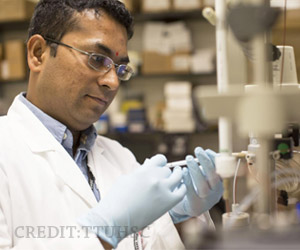 Depression is one of the common and serious mood disorder that affect millions of people around the world. It can occur at any age and usually worsen conditions like diabetes and heart diseases.

According to the World Health Organisation, around 350 million people suffer due to depression. Number of antidepressants are prescribed for the treatment. And many FDA drugs are found to cause serious side effects.

A research team from Texas Tech Health Science Center led by Michaela Jansen, Pharm.D., Ph.D., recently examined the ability of bupropion and its metabolite to block the action of serotonin type 3A receptor (5HT3ARs).


Previous studies on Bupropion were based on the discovery of reuptake inhibitors as molecular targets for the drug within the brain network and in 1999 the drug was also found to inhibit nicotinic receptors and block smoking cessation.
Advertisement
The recent study of the drug was published in the september issue of the journal Neuropharmacology.

Akash Pandhare, M.D., Ph.D, author and scientist at the TTUHSC Department of Cell Physiology and Molecular Biophysics, "For a long time, the blockade of dopamine and norepinephrine reuptake by the antidepressant bupropion within the hypofunctioning central nervous system monoamine systems has remained one of the pharmacological underpinnings for its therapeutic efficacy."

"This study for the first time established the 5-HT3ARs as a hitherto unidentified molecular target of bupropion." he added.

The research findings were also found to demonstrate clinical relevant concentration of receptor blockade by both the drug and its metabolite. The findings will now be a part of the pharmacy and medical text books.

The author also said that psychiatrist will now have a better understanding of the mechanism behind antidepressant drugs before prescribing.

Bupropion
This medication is prescribed for depression and smoking cessation. It increases the levels of ......

Quiz on Antidepressants
The use of antidepressants is quite common with an increase in stress-related depression of the ......

Prescriptions For Anti-depressants And Diabetes Drugs On The Rise In U.K
Prescriptions dished out for depression and diabetes have almost doubled in the past decade....