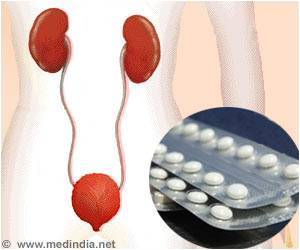 Retroperitoneal fibrosis (RPF) is a rare inflammatory and sclerosing disorder that affects the tissues around the lower aorta, causing obstruction to the upper urinary tract and organs of the digestive tract.

Although retroperitoneal fibrosis is associated with aortic vascular disease, regional malignancy, or even primary immune-inflammatory syndromes (eg, systemic lupus erythematosus, vasculitis, auto-immune pancreatitis), its origin is usually idiopathic or of unknown cause, with speculations indicating an immune origin.

Chronic inflammatory pathological changes are seen with RPF but no specific markers have thus far been identified.

Latest technology involving cross-sectional CT imaging has helped in diagnosing RF, understanding the evolution of the disease and its treatment.

Treatment of RPF- Initial treatment for RPF usually focuses on specific complications, such as ureteral obstruction. The anti-inflammatory effects of corticosteroids have been very effective in controlling inflammation during RPF.


Corticosteroids also help to relieve abdominal and back pain besides helping to normalize the level of hemoglobin. But it has been generally agreed that in the case of idiopathic RPF, prolonged treatment with corticosteroids, for months or even years, is necessary to control the symptoms and prevent progression.

The general belief that RPF could have an immunologic origin has prompted clinicians to treat the disease with immune-modulating drugs (eg, cyclophosphamide, methotrexate, azathioprine, mycophenolate), tamoxifen, and also colchicine, in place of or as a complementary treatment. But they have not proved to be completely successful.

Recent Research - In a recent well organized study, a total of 76 patients with idiopathic retroperitoneal fibrosis were randomly assigned, to two groups for maintenance treatment for RPF -one was treated with tamoxifen and another with a tapering schedule of corticosteroids.

Relapse occurred in 39% of patients administered tamoxifen while only 6% suffered a relapse in the corticosteroid group after 8 months.

Similarly, 50% patients from the tamoxifen group suffered a relapse while only 17% from the corticosteroid group experienced it after a period of 26 months.

The study helped to arrive at the following inferences -

 Second, treatment is needed for a minimum of 1 year.

 Third, control with corticosteroid treatment is shown in the form of reduction in the symptoms of retroperitoneal fibrosis, reduction in RPF as shown by imaging studies and normalization of acute phase markers (sedimentation rate and C-reactive protein).

 Finally, corticosteroids are far better than tamoxifen for maintenance therapy

Testicular Cancer - Treatment
Testicular tumor treatment is an example of our improved understanding of the disease and success with adjuvant therapy, such as chemotherapy and radiotherapy, along with radical surgery.
READ MORE

Corticosteroid Injections May Offer An Alternative To Surgery To Treat Vocal Fold Polyps
According to reports corticosteroid injections appear to offer an alternative to surgery for treating polyps on the vocal cords.
READ MORE 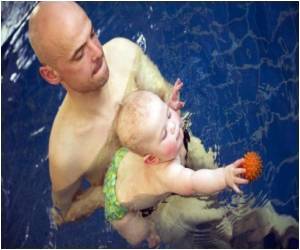 More on Safety of Steroids to Treat Asthmatic Children
The impact of steroid use on the immune system of kids is being evaluated by a new University of Montreal study.
READ MORE