Pupillary Response Could Be The New Biological Marker For Depression Relapse 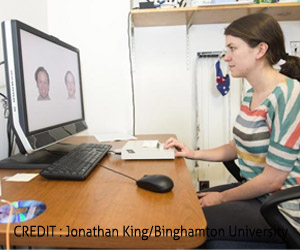 "Depression is like a bruise that never goes away. A bruise in your mind"- Jeffery Eugenides.

A recent study has identified a much reliable and accessible means to assess the depressive state using a person's pupillary response.

Adolescent Depression
Adolescent depression is an ailment that occurs during the teenage characterized by persistent melancholy, disappointment and loss of self-esteem.
Advertisement
‘Physiological markers like pupillary dilation to emotional stimuli, is an accessible and less expensive means to assess the likelihood of depression recurrence among women who are at higher risk.’

Common methods include-
Pupil dilation in reaction to negative emotional faces could predict risk for depression relapse, according to new research from Binghamton University, State University of New York.


Researchers at Binghamton University, led by PhD student Anastacia Kudinova, aimed to examine whether physiological response to emotional stimuli, assessed via pupil dilation, served as a biological marker of risk for depression recurrence among individuals who are known to be at a higher risk due to having previous history of depression.

Scientists Target Medications for Depression Treatment
Antidepressant drug Bupropion and its metabolite were found to block the functions of serotonin type 3A receptors.
Advertisement
Researchers recruited 57 women with a history of major depressive disorder (MDD).

The change in pupil dilation in response to angry, happy, sad and neutral faces were recorded.

"The study focuses on trying to identify certain markers of depression risk using measures that are readily accessible, reliable and less expensive," said Kudinova. "It is something we can put in any doctor's office that gives us a quick and easy objective measure of risk."

The researchers also found that both high and low reactivity to angry faces predicted risk for MDD recurrence.

Depression also known as major depressive disorder or clinical depression is a serious mood disorder. It is a common condition that causes severe symptoms which affects the way one feels, thinks, and handles daily activities, such as sleeping, eating, or working.

Statistics
These findings suggest that disrupted physiological response to negative stimuli indexed via pupillary dilation could serve as a physiological marker of MDD risk.

This offers the clinicians with a convenient and inexpensive method to predict which of the at-risk women are more likely to experience depression recurrence.

"It's a bit complicated because different patterns of findings were found for pupil reactivity to angry versus sad faces. Specifically, really high or really low pupil dilation to angry faces was associated with increased risk whereas only low dilation to sad faces was associated with risk (high dilation to sad faces was actually protective)," said Brandon Gibb, professor of psychology at Binghamton University and director of the Mood Disorders Institute and Center for Affective Science.

Advertisement
<< Discovery of NTR2 Protein Helps to Develop Better Drugs for ...
Inborn Metabolic Errors Can Be Detected By Metabolite Screen... >>

Counseling Prevents Cancer Patients, Their Families from Sinking into Depression
Cancer families need professional help to identify the problems and share their experience because, spouses, in particular, are not able to open up and talk.