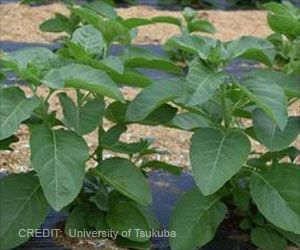 Septicemia
Septicemia or sepsis is a serious illness wherein a patient develops symptoms due to presence of microbes or their toxins in the blood. Septicemia or sepsis is caused by bacteria, viruses and fungi.
Advertisement
‘Orexin helps to recover and survive from septic shock by restoring body temperature and increasing the heart rate.’

Sepsis is a life-threatening condition in which the immune responses to infection are extremely high which results in the damage of the body's tissues and organs.


Septic shock is the severest stage of sepsis which leads to cardiovascular dysfunction. During this stage, the blood pressure and temperature drops to a dangerously low level, often leading to multiple organ failure and death.

Woman Kept Alive for Six Days Without Lungs
Doctors perform life-saving surgery on a patient by removing both her infected lungs and keeping her alive for six days before transplant.
Advertisement
There is no effective treatment available for septic shock and it has high death rate.

The findings by Japanese scientists could be a breakthrough in developing a silver bullet for the treatment of septic shock.

How Orexin Works in the Brain During Septic Shock

Orexin was discovered by Yanagisawa and his colleagues in 1998. It plays a critical role in controlling sleep/wakefulness, and is also known to alter heart rate and body temperature in rats, suggesting that it may potentially be a therapeutic agent for circulatory shock.

Orexin works in the brain, and delivery of orexin to the brain is hampered by the blood-brain barrier (BBB).

BBB acts as an interface that selectively transports essential molecules to the brain and separates the brain from the circulatory system in order to protect the central nervous system (CNS) from hazardous substances.

"We exploited the leakiness of the BBB, a hallmark pathophysiology of the systemic inflammatory syndrome, in order to deliver orexin into the CNS," Irukayama-Tomobe says.

In septic shock, the permeability of BBB is increased and by injecting orexin peripherally, it can enter the brain.

Orexin causes a suppression of excessive cytokine production which triggers inflammation and an increase of catecholamines and corticosterone.

Researchers injected orexin under the skin of mice with septic shock which subsequently helped them to recover and survive from septic shock by restoring body temperature and increasing the heart rate.

They also found that orexin is likely to regulate immune responses through multiple signaling pathways in the brain.

Future studies are needed to understand the precise mechanism through which orexin regulates the immune responses.

Researchers are at present validating the effect of peripherally administered orexin in primates with septic shock as a first step towards clinical applications in humans.

The findings are published in the journal eLife.

New Tool Accurately Predicts Mortality Risk in Pediatric Septic Shock: Study
Researchers have developed a tool that allows caregivers to quickly and accurately predict the risk of death in children with septic shock.

Researchers Present New Definitions for Sepsis and Septic Shock
Researchers have presented new definitions and clinical criteria for sepsis and septic shock at the Society of Critical Care Medicine's (SCCM).