Physically active postmenopausal women have lower depressive symptoms and are more satisfied with life in comparison to inactive women, reveals a new study.


The results also suggest that a high level of physical activity was linked to fewer depressive symptoms, higher satisfaction with life and higher positive affectivity in menopausal women.


"According to our research, postmenopausal women had more depressive symptoms than peri- or premenopausal women," says doctoral student Dmitriy Bondarev from the Gerontology Research Center and Faculty of Sport and Health Sciences, University of Jyväskylä, Finland. "At the same time menopause was not related to positive mental well-being."

The menopausal transition is divided into three stages. Menopause occurs on average between the ages of 46 and 52 and signifies the aging of a woman's reproductive system, which has a far-reaching effect on many bodily functions. However, the link between menopause and psychological functioning in middle-aged women has been investigated less.

The findings of the study indicate that irrespective of the menopausal status, physical activity was beneficial for mental well-being in middle-aged women.

"Thus, being physically active during the menopausal transition may help to withstand the negative influence of menopause on depressive symptomatology and spare positive mental well-being."

The study is a part of the Estrogenic Regulation of Muscle Apoptosis (ERMA) study involving over 1,000 women aged 47 to 55 living in Jyväskylä, Finland.

In the present study, the menopausal stage was determined by the serum hormone concentrations and menstrual diaries. Mental well-being and physical activity were self-reported by the participants. 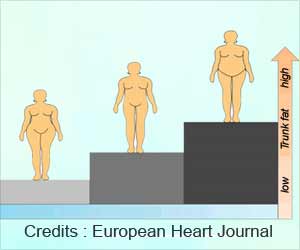 Apple-shaped Body Puts Postmenopausal Women at Risk of Heart Disease
Postmenopausal women who are apple-shaped, i.e. a higher proportion of fat is stored in the trunk rather than the thighs (pear-shaped) are at a greater risk of developing heart and blood vessel problems, even if they have a normal body mass index ...
READ MORE 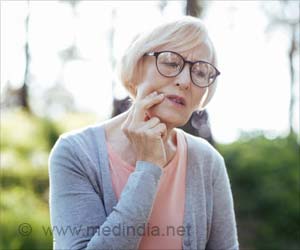 Gum Disease Increases Risk of Cancer in Postmenopausal Women
History of periodontal disease was associated with a 14 percent higher risk of developing any cancer in postmenopausal women, finds a new study
READ MORE 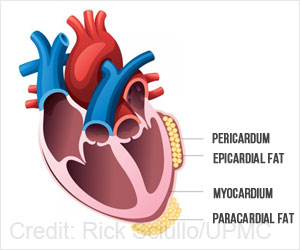