Previous studies have found links between prenatal exposure to phthalates and risk for lower IQ at age 7, childhood asthma, and mental and motor development problems in preschool children.

A recent study which is the first to assess the link between phthalate exposure and thyroid function in children over time found that early childhood exposures to specific phthalates were associated with depressed thyroid function in girls at age 3.
Phthalates in Toys, Shampoo May Impair Thyroid Function In Young Girls


Phthalates, a class of chemicals thought to disrupt the endocrine system, are widely used in consumer products from plastic toys to household building materials to shampoos.

Measures of five phthalates and two thyroid hormones were collected from 229 women during pregnancy and 229 children at age 3 enrolled in the Mothers and Newborns Study at the Columbia Center for Children's Environmental Health.

The thyroid acts as the master controller of brain development. Thyroid hormones set the schedule, and if the timing is out of synch, there may be later consequences in the brain.

Senior author Pam Factor-Litvak, professor of Epidemiology at the Mailman School said, "The thyroid disruptions we see in this study, although they fall within the normal range, could explain some of the cognitive problems we see in children exposed to phthalates and we are currently investigating that. As we know from lead, even small exposures can make a big difference."

Gender: The researchers note that thyroid disturbances are more prevalent in women than men, potentially making them more vulnerable to thyroid-disrupting chemicals, even in early childhood. This may explain why they found a link between phthalate exposure and depressed thyroid in girls.

Prenatal Exposures: The researchers found little evidence that prenatal exposure to phthalates affected thyroid function at age 3, although they say maternal thyroid function, which was not measured, could potentially have been affected (during pregnancy, the fetus gets thyroid hormones through the mother).

Surprisingly, they found prenatal exposure to a metabolite of Di (2- ethylhexyl) phthalate (DEHP) was associated with elevated levels of FT4, a finding they say suggests phthalates affect thyroid function differently depending on age of exposure.

Difficult Thyroid Measure No association was seen between exposure to phthalates and levels of thyroid stimulating hormone at age 3, although previous research has shown TSH to be difficult to measure.

"Going forward, it's important to learn what phthalates do to harm children, as well as the route by which this harm is inflicted," says Factor-Litvak. "Our overarching goal is to protect the health of future generations."

Congenital Hypothyroidism/Cretinism
Congenital hypothyroidism is deficient thyroid hormone in newborns. It is critical for normal development. T3, T4 and TSH levels should be measured in all newborns.
READ MORE 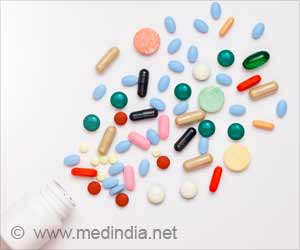 Iodine Deficiency DisorderHyperthyroidismHypothyroidismHair Loss in MenHair RestorationThyroid CancerHashimoto´s ThyroiditisHypothyroidism during PregnancyCan Drugs Affect Thyroid Function?
Sign up for Wellness Consult a Doctor Sign up for Selfcare Sign up for Covid