Written by Sheela Philomena
Medically Reviewed by The Medindia Medical Review Team on December 29, 2016 at 7:29 PM 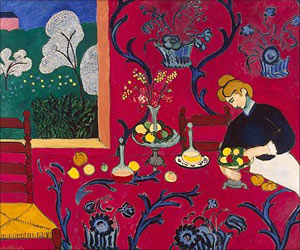 Artists' paint strokes have the potential to reveal whether they might go on to develop neurodegenerative disorder.

2092 paintings from the careers of seven famous artists who experienced both normal aging and neurodegenerative disorders were examined by psychologist Dr Alex Forsythe from the University's School of Psychology and her team, working with Dr Tamsin Williams of Tees, Esk, and Wear Valleys NHS Trust, Vale of York and Maynooth University, Ireland.

Use of Fractal Analyses to Analyze Brushstrokes


Fractal analyses method was used to analyze the brushstrokes of the paintings. Fractals are mathematical characterizations of self-repeating patterns. They are often described as "fingerprints of nature". Fractal method is used to determine the authenticity of artworks. Although painters use different style, the fractal dimension in which they operate should remain comparable.

Of the seven artists - Patterns of Change

Patterns of change were observed in the fractal dimension of the paintings differentiated artists who suffered neurological deterioration from those aging normally.

Dr Alex Forsythe, said: "Art has long been embraced by psychologists an effective method of improving the quality of life for those persons living with cognitive disorders. We have built on this tradition by unpicking artists 'handwriting' through the analysis of their individual connection with the brush and paint. This process offers the potential for the detection of emerging neurological problems. We hope that our innovation may open up new research directions that will help to diagnose neurological disease in the early stages".

Quiz On Alzheimers Disease
Alzheimer's disease (AD) is the most common form of dementia. Participate in this quiz to find out how much you know about this debilitating disease.