Palm oil is derived from the fruits and kernels of palm plants and is consumed worldwide in baked goods, convenience foods (including chips, snacks and frozen foods) and candy, usually as a vegetable oil, shortening or margarine additive.

The maker of the Italian confection is drawing focus to how it uses the product, which it said gives Nutella its creamy texture.
Nutella Contains Palm Oil but Poses No Cancer Risk


Palm oil is the best ingredient for "guaranteeing its special spreadability and, above all, avoiding the hydrogenation process that would produce otherwise unhealthy trans fats," according to the Nutella website.


‘Animal studies identified the contaminants in palm oil, which are formed when vegetable oils are heated to high temperatures and then refined, as both genotoxic (damaging to DNA) and carcinogenic.’


Nutella's maker, Ferrero, launched an ad campaign in response to a ruling in May from the European Food Safety Authority. The safety authority acts as a risk assessor in the European Union, producing scientific opinions and advice to guide European policies and legislation.

Animal studies identified the contaminants, which are formed when vegetable oils are heated to high temperatures and then refined, as both genotoxic (damaging to DNA) and carcinogenic (causing cancer).

Of all vegetable oils, palm oil was found to have the highest levels of the contaminants and is a particular concern for infants, toddlers and children under the age of 10.

Importantly, the "EFSA statement was based on the existence of contaminants in palm oil, not the properties of palm oil itself," said Doug Boucher, an ecologist and scientific adviser for the Union of Concerned Scientists.

Its October ad campaign explains the sustainable palm oil in its products is heated only to safe temperatures - those that do not result in contaminants.

"Ferrero wants to assure its consumers that Nutella and other Ferrero products that contain palm oil are safe," wrote Beth M. Kotran, general counsel for Ferrero U.S.A. Inc., in an email.

"There is no US ban in place regarding the use of palm oil in foods," said Megan McSeveney, a spokeswoman for the Food and Drug Administration.

She explained palm oil has a long history of use in food products worldwide and the US specifically. In one regulation, the FDA has designated the oil as "generally recognized as safe."

In a second regulation, the FDA authorizes its use as a cocoa butter substitute when processed under specific production and heating guidelines. 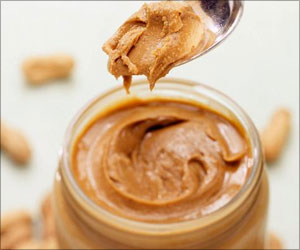 Trans Fat Ban by the US FDA Puts Future of Food Companies and Bakers in Jeopardy
Some popular food joints in US, such as the Jarosch Bakery, faces an uncertain future after the ban on partially hydrogenated oils by the FDA last week.
READ MORE 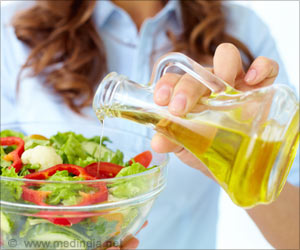 AFDHAL Cooking Oil Made From Palm Oil, Rutaceae Herb can be Used For 80 Times
Extracts from Rutaceaea herb serve as a natural antioxidant that prevents cooking oil from damage and wastage can be avoided by using the oil again.
READ MORE