What is a Plant-based Diet?
A plant-based diet is a diet based on foods derived from plants (like vegetables, whole grains, legumes and fruits) but with few or no animal products. It is increasingly becoming recognized as the most healthy diet. A plant based diet decreases the risk of coronary artery disease and a diet high in fruits and vegetables lowers the risk of high blood pressure, stroke, and colorectal cancer.
Not All Plant-Based Diets Are Equally Healthy


In prior studies, there were several limitations, like plant-based diets were also defined as "vegetarian" diets, which consisted of various dietary patterns that excludes some or all animal foods.

All plant foods were treated equally in all these studies. Although, few plant foods, such as refined grains and sugar sweetened beverages were linked to increased risk of cardio-metabolic disease.

Researchers created three versions of a plant-based diet to overcome these limitations, which include:

The participants of the study responded to a follow-up questionnaire every two years for over two decades. The questionnaire consisted of questions related to lifestyle, health behaviors and medical history.

Research Findings of the Study

Apparently, there is a wide variation in the nutritional quality of plant foods, which makes it crucial to consider the quality of foods in a plant-based diet.

Kim Allan Williams, MD, MACC, chair of the division of cardiology at Rush University Medical Center in Chicago, in an accompanying editorial said that this study adds up to the substantial evidence which proves that plant-based diets reduce heart disease risk.

Not all plant-based foods are equally healthy. As plant-based diets with whole grains, unsaturated fats and an abundance of fruits and vegetables "deserve more emphasis in dietary recommendations."

Williams said that the long-term follow up enabled researchers to examine the dietary patterns of the participants and analyzed the effect of gradual adherence to a plant-based diet by reducing the consumption of animal foods and increasing the intake of plant foods on the risk of heart disease.

The authors said "just as physical activity is a continuum, perhaps an emphasis on starting with smaller dietary tweaks rather than major changes would be more encouraging and sustainable."

The limitations of the study were its observational nature and the self-reported diet assessments, but these diet assessments were validated against multiple week diet records and biomarkers. 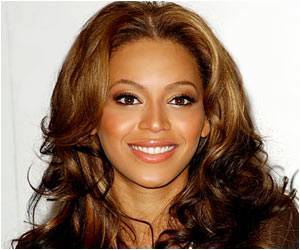 Get Inspired by Beyonces Plant-based Diet
Want to look sleek and sexy like Beyonce? Then you also switch to a mostly plant-based diet for weight loss and see the difference.
READ MORE 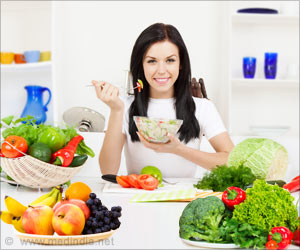 Healthy Vegetarian Diet Reduces the Risk of Type 2 Diabetes
Consumption of a less healthy version of foods such as refined grains, potatoes, and sugar-sweetened beverages increased the risk of type 2 diabetes by 16 percent.
READ MORE