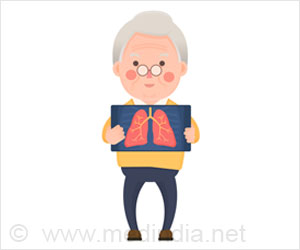 Women who have never smoked are susceptible to Chronic Obstructive Pulmonary Disease (COPD). The prevalence is especially high among African American women.

Chronic Obstructive Pulmonary Disease
COPD includes respiratory tract disorders that cause obstruction to airflow. These are chronic bronchitis, emphysema and small airway disease.
Advertisement
‘Poverty is associated with increased exposure to toxins such as second-hand smoke and air pollution, which may explain why non-smoking African-American women have highest prevalence of COPD.’

COPD is a group of lung conditions which include chronic bronchitis, emphysema and chronic asthma that is not fully reversible.


It usually affects middle aged or older people resulting in difficulty in breathing or chronic breathlessness. Unfortunately, sufferers usually regard the breathlessness as part of normal process of aging and often ignore COPD.

But one-quarter of Americans with COPD are non-smokers.

Why are Women more Vulnerable to COPD?

"Some of women's greater vulnerability to COPD may be due to physiological differences. When we took into account height (a proxy for lung size), the odds of COPD among women compared to men were less elevated. However, we still found women had approximately 50% higher odds of COPD compared to white men even when we adjusted for height, education, income, and health care access" said lead author, Professor Esme Fuller-Thomson, Sandra Rotman Endowed Chair and Director of the Institute for Life Course & Aging at the University of Toronto's Factor-Inwentash Faculty of Social Work.

Some pointers-
For the study

African American women had the highest prevalence of COPD among older adults who had never smoked.

The odds of COPD among African American women compared to white men declined by more than half, after adjusting for income and education levels.

The possible explanation for this could be that poverty is associated with increased exposure to toxins, such as second-hand smoke in work-places and air pollution in inner city environments.

Fuller-Thomson adds "Primary care physicians and other health professionals should consider screening all their older patients for COPD, including those who have never smoked. Women, particularly African American women, have an unexpectedly high prevalence of COPD. Earlier detection of COPD has been found to improve patient outcomes in both the short and long-term and is therefore an important clinical goal."

Future research is needed to investigate if these factors play a role in the greater vulnerability of African American women to COPD.

Study was conducted by researchers from the University of Toronto and was published online in the International Journal of Chronic Diseases.

More Than a Third of COPD Patients Treated at Federal Clinics Do Not Have the Disease
Researchers have found that two in five patients currently receiving treatment at a federally funded clinic do not have the disease.

Advertisement
<< Blood Circulation Favors Placenta Over Brain in Fetuses of M...
Cardiotoxicity Caused by Chemotherapy is Worse in Diabetic P... >>

COPD Could be the Third Leading Cause of Death by 2030
COPD is the major cause of morbidity and mortality across the globe. About 65 million people have moderate to severe COPD, according to the WHO.