Written by Madhumathi Palaniappan
Medically Reviewed by The Medindia Medical Review Team on December 21, 2016 at 11:18 AM 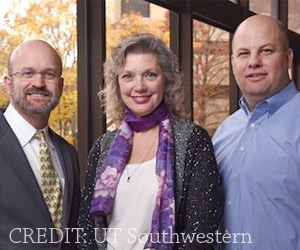 Burn Injury Infections caused by multi-drug resistant bacteria can be treated by masking the bacteria instead of killing them, finds a new study from the UT Southwestern Medical Center.

The study findings were detailed in the Scientific Reports.

Dr. Steven Wolf, Section Chief for Burns and Professor of Surgery at UT Southwestern Medical Center, said, "In the United States, there are more than 1 million burn injuries and 100,000 hospitalizations annually. Up to 75 percent of the mortality in burn patients is associated with infections, which are particularly common in patients who suffer extensive burns -- those that cover 40 percent or more of the body."


"Rather than killing the bacteria, we blinded them so they could not find the places where they normally stick to the host (body's) cells. If bacteria cannot bind, they cannot grow," he added.

Dos and Donts of Natural Treatments for Burns
Emergency care is crucial to the outcome when treating burns, which is why it is important to understand and recognize home remedies for burns that work and which ones do not.
Advertisement
The study was conducted on one of the most lethal pathogens called Pseudomonas aeruginosa which is found in 33% of burn cases and 59% of extensive burns. The research team also showed that the topical application of engineered adhesion inhibitor molecule called Multivalent Adhesion Molecule 7 or MAM 7 to have significantly decreased the bacterial levels in the wounds and prevent the spread of the infection for three days.

They also found the molecule to have wound healing properties and maintain normal inflammatory responses.

Dr. Kim Orth, Professor of Molecular Biology and Biochemistry at UT Southwestern, said, Antibiotics fight bacterial infections by killing them. However when placed under extreme conditions they may develop antibiotic resistance.

"Our approach doesn't target bacterial survival; rather it targets the microbes' ability to damage the host - its virulence. There is no reason for the bacteria to become resistant to this approach. Being unable to bind to wounded tissue is an inconvenience, and the bacteria move on," she said.

Dr. Anne Marie Krachler, said, a group of adhesion molecules called adhesins created by bacteria may help them to bind or stick in an early step to cause infections. Multivalent Adhesion Molecules MAM7 are used by the gram-negative bacteria in the burn study.

He also found that the lack of adhesion molecule made the bacteria to be less available to cause infections. The research team was able to study the molecular activity of the adhesion molecule and test its efficacy using a fluorescent-strain of antibiotic-resistant bacteria in an animal model.

Dr. Orth, said, "We attached lots of copies of MAM7 to the microbeads. In this study, we found that topically applied MAM7-coupled microbeads reach the cells' binding sites first and - for at least four days in this experiment - stay there, without hindering wound healing. The MAM7 adhesion inhibitors remain on the wounds and prevent the bacteria from binding to the tissue."

This strategy can also be used to rule out treatment options for diabetes and surgical wounds that can be infected, said, Dr.Krachler.

Antibiotic Resistance
Antibiotic resistance may scare prevention and treatment options for bacterial infections. Methicillin Resistant Staphylococcus aureus (MRSA) may cause infections and are resistant to most of the antibiotics.

According to the Centers for Disease Control and Prevention, Antibiotic Resistance Threats in the United States in 2013 proved that around 2 million people are affected by the bacteria and around 23,000 people die due to the infections.

Vancomycin-Resistant Enterococci (VRE)
News Archive
News Resource
Advertisement
News Category
Milestone In Voluntary Blood Donation Achieved Samsung Reinvents Toilet for the Poor Which is a Better Form of Exercise: Daily or Weekly? First Phase of Foot-and-Mouth Disease Vaccination Shocking News: Polio Cases Return After a Decade in the US
More News
Sign up for Wellness Consult a Doctor Sign up for Selfcare

Diaphragmatic Hernia Sinopril (2mg) (Lacidipine) A-Z Drug Brands in India Daily Calorie Requirements Accident and Trauma Care The Essence of Yoga Nutam (400mg) (Piracetam) Find a Hospital Find a Doctor Drug Side Effects Calculator
This site uses cookies to deliver our services. By using our site, you acknowledge that you have read and understand our Cookie Policy, Privacy Policy, and our Terms of Use