Written by Dr. Meenakshy Varier
Medically Reviewed by The Medindia Medical Review Team on December 22, 2016 at 11:29 AM 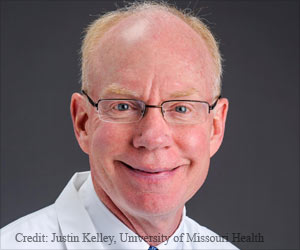 A new therapeutic approach to prevent heart attacks, stroke and other diseases caused by blocked blood vessels has been developed.

A recent study by researchers at the University of Missouri School of Medicine has shown that a protein inhibitor drug prevents these blockages.

Happy Marriages Linked to Stroke Survival
A stable marriage is associated with better stroke survival with unmarried people having a 71% higher risk of dying after a stroke.
Advertisement
‘PAI-1 inhibitor can be used in combination with approaches such as proper diet, exercise and cholesterol medications to prevent blood vessel blockages and reduce heart attack and stroke risk.’

According to the American Heart Association, approximately 2,200 Americans die each day from heart attacks, strokes and other cardiovascular diseases.


Blocked blood vessels is the most common cause for this which prevents the supply of oxygen and other essential nutrients to the heart and brain.

"Arteries are living hoses that narrow and enlarge in order to regulate blood flow to organs and muscles," said William Fay, M.D., the J.W. and Lois Winifred Stafford Distinguished Chair in Diabetes and Cardiovascular Research at the MU School of Medicine and senior author of the study.

Indian Government to Take Better Initiatives at Stroke Management
Lack of awareness, lower rates of literacy and poor primary health care services are the key attributable factors in India behind rising strokes.
Advertisement
"Smooth muscle cells in the artery regulate blood flow by constricting and relaxing. However, when chronic inflammation occurs in a blood vessel - typically in response to diabetes, high cholesterol and cigarette smoking - the smooth muscle cells in the walls of arteries change their behavior. They gradually accumulate inside the artery and narrow the blood vessel. In the case of coronary arteries, which supply blood to heart muscle cells, this process produces blockages that can lead to a heart attack." William added.

There is an over-accumulates of PAI-1 in blood vessels in conditions like diabetes and obesity This promotes block formation not only in arteries but also in vein grafts among patients who have undergone coronary artery bypass graft surgery.

An investigational drug, PAI-039, also known as tiplaxtinin, which was not yet used to treat humans, was tested in mice.

The researchers found that PAI-039 inhibited cell migration of cultured human coronary artery smooth muscle cells, which helped to prevent the development of blockages in arteries and bypass grafts.

"We found that PAI-039 decreased blockage formation by about 50 percent, which is a powerful effect in the models we used," said Fay.

PAI-039 also produced a blood thinning effect that prevents the blood clots which trigger most heart attacks and strokes. In future, PAI-039 or similar drugs could be used to prevent blockages in arteries and bypass grafts.

The study is published inl Arteriosclerosis, Thrombosis, and Vascular Biology, a journal of the American Heart Association.

Low Socioeconomic Status Increases Risk of Second Heart Attack or Stroke
Survivors of heart attacks are at the highest possible risk for subsequent events regardless of other risk factors.

Quiz on Heart Attack
The risk factors that work behind the scene before a heart attack are familiar to many. But do you realize the extent to which your lifestyle choices are putting your life at risk? Can you identify a heart attack when it occurs? Take our quiz and find out.