Written by Madhumathi Palaniappan
Medically Reviewed by The Medindia Medical Review Team on December 9, 2016 at 10:51 AM 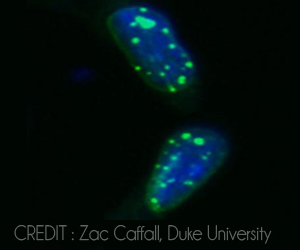 New screening test to identify drug candidates for the treatment of dystonia was developed by a research team from Duke University.

Dystonia is a neurological movement disorder that may result in twisting and repetitive movements or abnormal fixed postures. It belongs to a family of brain disorders which may cause involuntary and painful movements.

Dystonia
Dystonia is a neurological condition in which the patient experiences involuntary muscle contractions. Understand the risk factors, causes & symptoms of dystonia & how it can be treated.
Advertisement
‘New cell-based screening test helps to identify new drugs for dystonia treatment.’

It is the third most common disorder after Parkinson's disease and tremors. About 300-400 million people are affected and elderly patients are more prone for dystonia. Specific mutation in a single gene may lead to a severe form of dystonia in children. Most of the cases were classified under non-familial dystonia with no known cause.


The research study was published online in the journal Neuron.

Nicole Calakos, M.D., Ph.D, Associate Professor of Neurology at Duke University, said, "We're excited to have found not only a new potential therapeutic inroad for multiple forms of dystonia, but also a mechanism that we think causes the disease."
Advertisement
The research team has uncovered a new mechanism for dystonia which was found to link the rare inherited dystonia and the common familial cases.

Calakos was fascinated by a patient who had non-familial dystonia and retained a rare variation in the same gene which caused DYT1 dystonia in children. The research team wanted to investigate whether this would have led to the development of patient's symptoms.

The author said that finding the same protein displacement between two different types of dystonia would help to pave a new way of thinking about the brain disorder.

In the recent research study, Zachary Caffall, neurobiology research analyst at the Duke University, found if the DYT1 protein's location within the cell would mean the difference between health and disease then it would be possible to search for new treatment options.

Even though the idea was risky, it was found to work. Caffall engineered a human cell line in DYT protein which was misplaced near the nucleus by the flick of a chemical switch.

By using these cells, the team silenced 23,000 genes in the genome to find out which one of these would be able to correct the misplaced DYTprotein back to the endoplasmic reticulum. These tests were hit to a handful of genes that pointed to a molecular pathway called eIF2-alpha.

The related proteins and pathway were found to respond well to cell stress and brain adaptability. In cases of other forms of DYT16 dystonia, the activity of the pathway was found to be weaker than usual. The research team also found that even in DYT1 dystonia, elF2- alpha pathway was low.

DNA samples from torticollis (twisted neck) patients were already collected from research groups and National Institute of Health. These data helped the researchers to quickly determine the effect of elF2-alpha pathway in dystonia and other population.

Rick Staab, founder of Tyler's Hope Foundation for Dystonia Cure, said, "We want to find a cure for our kids."

"Of the money Tyler's Hope raises, 97% funds high-risk, high-reward research. The Foundation is now supporting Calakos's research in looking for new drugs with the screening assay."

"When we learned what our initial investment in Dr. Calakos's research ultimately led to, we were extremely excited" he added.

Further research is carried out to develop animal models of dystonia to study the elF2 pathway activity and the research team is also working along with NIH scientists to create a cell-based assay which can identify new drugs for correcting DYT's protein location.

Advertisement
<< One Hour of Yoga a Day Keeps Blood Pressure at Bay
Smallpox-Not an Ancient Disease? >>