Written by Madhumathi Palaniappan
Medically Reviewed by The Medindia Medical Review Team on October 28, 2016 at 10:52 AM 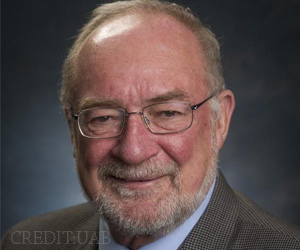 A research team from the University of Alabama at Birmingham have used asthma model to support hygiene hypothesis. Their study reported that vaccination of newborn mice with particular bacteria is capable of suppressing asthma in adults who were exposed to cockroach detritus.

The recent study "Neonatal α-1,3-glucan exposure suppresses cockroach allergy," was published in the Journal of Immunology.

John Kearney, Ph.D., and team depicted that neonatal vaccination using Enterobacter bacteria that can express alpha-1,3-glucan molecules on its surface will be able to suppress german cockroach-induced asthma in adults. Vaccination with purified alpha 1.3-glucan was found to be protective while immunizing a strain of enterobacter which cannot express alpha 1,3 glucan was not protective.


Previous studies which were carried in 2012 and 2015, showed neonatal vaccination of mice with Streptococcus pyogenes and Streptococcus pneumoniae bacteria suppressed asthma after exposure to fungus allergens like Aspergillus fumigatus and house dust mites.

Novel Strategy for Better Asthma Treatment
Hindering the production of Interleukin-1, could alleviate the symptoms of asthma such as mucus, swelling and constriction.
Advertisement
Kearney , Professor in Microbiology in UAB School of Medicine said, "It's pretty amazing, "We started doing neonatal immunizations in all three asthma models, and we found that all three were protected against asthma-like symptoms."

The author also said that there can only be protection during the childhood. He also added that "We do not see protection if we immunize the adults, "The exposure has to happen early -- in human equivalents, probably within the first two years. The kinds of immune cells that appear early in life appear to change later in life."

Around 25 million people in the United States are affected by asthma out of which 7 million are children. Cockroach- derived allergens are associated with severe asthma.

Neonatal vaccination with bacteria prevents asthma due to the selection of a specific set of immune system B cells which are capable of producing IgA antibodies and for Aspergus fumigatus and house dust mites neonatal vaccination produces IgM antibodies.
"All three models are B cell-mediated," author said.

The research team concluded that prophylaxis of neonatal vaccination with bacteria containing alpha-1,3 glucans during early life are potential in suppressing long-lived asthma due to cockroach detritus.

Quiz on Asthma
Come winter and asthma is back with renewed vengeance. With air pollution ever on the rise and our everyday surroundings abounding in common allergens, it's best to stay informed on this respiratory condition so that you don't trigger off another asthma attack unknowingly. Let Christmas celebrations take your breath away, not asthma!

Wheezing
News Archive
News Resource
Advertisement
News Category
Milestone In Voluntary Blood Donation Achieved Samsung Reinvents Toilet for the Poor Which is a Better Form of Exercise: Daily or Weekly? First Phase of Foot-and-Mouth Disease Vaccination Shocking News: Polio Cases Return After a Decade in the US
More News
Sign up for Wellness Consult a Doctor Sign up for Selfcare

Find a Hospital Noscaphene (Noscapine) Accident and Trauma Care Find a Doctor Loram (2 mg) (Lorazepam) How to Reduce School Bag Weight - Simple Tips Nutam (400mg) (Piracetam) A-Z Drug Brands in India Drug Interaction Checker Indian Medical Journals
This site uses cookies to deliver our services. By using our site, you acknowledge that you have read and understand our Cookie Policy, Privacy Policy, and our Terms of Use