National Doctor's Day in India is observed every year on 1st July, which also happens to be the birthday of the renowned Bengali doctor and Bharat Ratna (the highest Indian civilian award) awardee Dr B. C. Roy.

The official symbol of Doctor's Day is the red carnation. It is believed that the red color of the flower embodies the characters of medical profession, namely adoration, charity, sacrifice, and bravery.
National Doctors Day 2017 - Medicines Cure But A Doctor Heals

In 1991 the Government of India declared 1st July as National Doctor's Day to honor one of  the greatest Indian physicians of the modern era Dr Bidhan Chandra Roy.  He was born on 1st July 1882, and died on the same day 80 years later after a distinguished career.


How is Doctor's Day Celebrated?

On this day, the nation's doctors are honored,  their service to the people recognized, and their efforts lauded. The day is also meant to create awareness and kindle an interest in the medical profession.


Busting the Myths About Doctors

It would not be out of place on this occasion to point out certain wrongly held notions about doctors that continue to persist across the world.
About Dr B. C. Roy
In conclusion, the role of doctors in any society is critical because they are the guardians of the nation's health and well-being, which is, in turn, a key factor in determining the country's economic development and growth. Let us join hands, this National Doctor's Day, to celebrate these remarkable custodians of health. 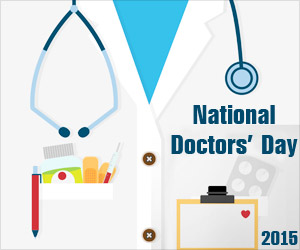 National Doctors Day: Two Out of Three Doctors Prioritize Patients Over Family
Doctors have taken medicine as their career to serve humanity. But for some, the reason take medicine as a career is the economic independence that comes with the profession.
READ MORE

Lets Care For Our Physicians A Salute to Them on Doctors Day!
July 1st, is celebrated in India as Doctors day. This is also the birth anniversary of the exemplary physician the world knows as Dr B.C Roy, who has left his footprints on the sands of time.
READ MORE