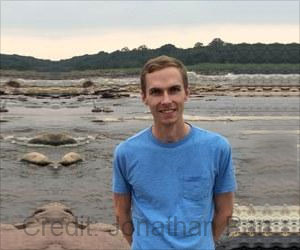 Children in the Democratic Republic of the Congo (DRC) who are infected by a mutant form of malarial parasite, when tested, yield false-negative results.

The Democratic Republic of the Congo (DRC) has one of the highest rates of people living with malaria.

Malaria
Malaria is caused by a parasite that enters blood through the bite of an infected mosquito. It is characterized by fever, vomiting, shivering, sweating and other symptoms.
Advertisement
‘Alternate rapid diagnostic tests should be deployed in settings where they are found to be common.’


Most rapid test diagnostics rely on the detection of histidine-rich protein 2 (HRP2), an antigen specific to Plasmodium falciparum malaria.

However, one of every 15 children infected with Plasmodium falciparum malaria parasites in the DRC is infected by a pfhrp2-deleted mutant, producing a false-negative result when an RDT is used, investigators from the University of North Carolina (ŬNC) at Chapel Hill found.

Long Acting Ivermectin Could Offer Protection for Weeks Against Malaria
Long-acting drug-delivery capsule is the new weapon in the fight against malaria.
Advertisement
Their results were published in the Journal of Infectious Diseases and discussed during a recent World Health Organization meeting during the American Society of Tropical Medicine and Hygiene's annual conference in Atlanta.

"This is the first nationwide study to demonstrate the presence and estimate the prevalence of malaria caused by pfhrp2-deleted P. falciparum in asymptomatic children," said Jonathan Parr, M.D., M.P.H., the study's lead author and a researcher within UNC's Infectious Disease Epidemiology and Ecology Lab.

Because most rapid diagnostic tests in the DRC are HRP2-based, they will fail to detect these parasites. Their spread would represent a serious threat to malaria elimination efforts.

Samples were collected from children under the age of 5 during the 2013-2014 Demographic and Health Survey in the DRC.

PCR testing showed positive results for malaria where rapid diagnostic testing did not.

"We identified 149 P. falciparum isolates with a deletion of the pfhrp2 gene, representing a country-wide prevalence of 6.4%," Parr said.

This proved that pfhrp2-deleted P. falciparum is a common cause of rapid diagnostic test negative, but PCR positive malaria test results among asymptomatic children in the Democratic Republic of the Congo.

Surveillance for these deletions is needed and alternatives to HRP2-specific rapid diagnostic tests may be necessary.

"It is important to note that these mutated parasites have only been found in a small number of places in the world," Meshnick said. "HRP2-based rapid tests continue to play a key role in malaria control and elimination efforts."

The team is actively investigating these parasites through applied genomics studies recently funded by the Thrasher Research Fund and the ASTMH/Burroughs Wellcome Fund and ongoing NIH-funded epidemiological studies in Kinshasa Province, DRC.

Alternate rapid diagnostic tests will be deployed in settings where they are found to be common, and further research into their clinical impact and distribution throughout Africa will be undertaken.

Drug Resistance Mutations may also Help in the Growth of Malaria Parasite
Some mutations that enable drug resistance in the malaria-causing parasite P. falciparum's may also help it grow, revealed a new study.

Advertisement
<< Head and Neck Cancers Could be Treated by Targeting T Cell C...
Zika No Longer A Public Health Crisis, Declares WHO >>

Sanatogen Noscaphene (Noscapine) How to Reduce School Bag Weight - Simple Tips The Essence of Yoga Blood Donation - Recipients Selfie Addiction Calculator Hearing Loss Calculator Turmeric Powder - Health Benefits, Uses & Side Effects Accident and Trauma Care Find a Doctor
This site uses cookies to deliver our services.By using our site, you acknowledge that you have read and understand our Cookie Policy, Privacy Policy, and our Terms of Use  Ok, Got it. Close
×