The physical stress of running a marathon can cause short-term kidney injury. Although kidneys of the examined runners fully recovered within two days post-marathon, the study raises questions concerning potential long-term impacts of this strenuous activity at a time when marathons are increasing in popularity.

While past research has shown that engaging in unusually vigorous activities such as mine work, harvesting sugarcane, and military training in warm climates can damage the kidneys, little is known about the effects of marathon running on kidney health.
Marathon Runners Might Have Risk of Kidney Injury


‘Potential causes of the marathon-related kidney damage could be the sustained rise in core body temperature, dehydration, or decreased blood flow to the kidneys that occur during a marathon.’


More than a half million people participated in marathons in the United States in 2015. A team of researchers led by Professor of Medicine Chirag Parikh, M.D. studied a small group of participants in the 2015 Hartford Marathon.

The team collected blood and urine samples before and after the 26.2-mile event. They analyzed a variety of markers of kidney injury, including serum creatinine levels, kidney cells on microscopy, and proteins in urine.

The researchers found that 82% of the runners that were studied showed Stage 1 Acute Kidney Injury (AKI) soon after the race. AKI is a condition in which the kidneys fail to filter waste from the blood.

"The kidney responds to the physical stress of marathon running as if it's injured, in a way that's similar to what happens in hospitalized patients when the kidney is affected by medical and surgical complications," said Parikh.

The Need To Study Other Effects

The researchers stated that potential causes of the marathon-related kidney damage could be the sustained rise in core body temperature, dehydration, or decreased blood flow to the kidneys that occur during a marathon.

While the measured kidney injury resolved within two days post-marathon, the study still raises questions about the effects of repeated strenuous activity over time, especially in warm climates.

"We need to investigate this further," said Parikh. "Research has shown there are also changes in heart function associated with marathon running. Our study adds to the story even the kidney responds to marathon-related stress."

The marathon is a long-distance running race with an official distance of 42.195 kilometres (26.219 miles, or 26 miles 385 yards), usually run as a road race. There are some potential negative physical effects from this type of intense activity.

Marathon running is not bad for youbut its good to remember the risks associated with it. It's important to remember that just about anyone who trains properly, fuels the body effectively, wears the right footwear, and is not suffering an injury can cross a marathon finish line.

Running Enhances Functional Brain Connectivity
Running may affect the structure and function of the brain in ways similar to complex tasks like playing a musical instrument.
READ MORE 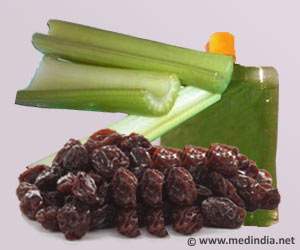 Comparing Natural and Commercial Carbohydrate Supplements in Endurance Running Performance
Raisins are as effective as chews as enhancers of running ability without any substantial variance in GI effects.
READ MORE