Written by Dr. Reeja Tharu
Medically Reviewed by The Medindia Medical Review Team on September 5, 2012 at 11:14 AM 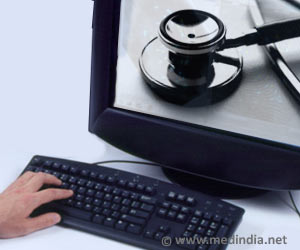 In today's world of information overload, the internet is seen as the ultimate guru. But many are not aware that relying on Google, also known as doctor 'know-it-all', can actually be a bad way of dealing with one's medical problem!

The net is full of self-aid kits, be it on raising kids, de-stressing oneself or on analyzing one's medical problem.

There are thousands of medical calculators floating around in the cyber world. Net users are encouraged to use these calculators and charts to discover their risk quotient for diseases or diagnose their ailment by listing out symptoms.


The idea of self-help is fine, but it is extremely easy for a tech savy yet medically- ignorant individual to fall trap to the information available. Scientists have warned that such net-based self diagnoses are extremely dangerous and are risk-laden.
Advertisement
When misdiagnosis occurs, a person who has an ailment and is unaware of it, is likely to feel happy if the ailment is ruled out in the Net diagnosis. Likewise, an actually healthy person may be prone to extreme worry if the Net diagnosis shows the person as having a certain disease. For example, going by Net prediction, a person might actually mistake heartburn for a symptom of heart attack.

Researchers from the Hong Kong University of Science and Technology studied how people perceived their chances of falling ill. The study revealed that, generally, people were good at believing that they were at risks for moderately rare diseases while they tend to believe that they were not at risk for common illnesses.

This explains why many among us believed that they had swine flu during the outbreak, while they just feel 'under the weather' while suffering from seasonal flu.

The present study warns us that if we try to diagnose our own disease we are likely to be victims of our own bias. A well-trained doctor is more likely to diagnose our illness better than the internet. It would therefore be better to let the doctors carry out what they are meant to do... help us heal!

Facebook is More 'Environment-friendly' Than Google
The release of 2011 carbon footprint report by the social networking site Facebook has revealed ......