Socioeconomic factors such as access to clean water and air conditioning make large-scale outbreaks of Zika in U.S highly unlikely.

Though the climate conditions in the U.S. are increasingly becoming favorable to mosquitoes, these factors make large-scale outbreaks unlikely, according to new analysis of existing research.
Large-Scale Zika Outbreak Highly Unlikely in U.S


But the risk for small-scale, localized outbreaks are an ongoing concern.


‘Socioeconomic factors such as improved lifestyle, better housing infrastructure, and good sanitation are the main factors that prevent the outbreak of diseases in developed countries.’

Max J. Moreno-Madriñán of the Indiana University-Purdue University Indianapolis and independent research entomologist Michael Turell argue that a leading factor in outbreaks of Zika, yellow fever, dengue, and chikungunya, all of which are transmitted by the Aedes aegypti mosquito, is low socioeconomic conditions in developing countries.

In tropical countries temperatures appear to contribute to Zika outbreaks.

In the U.S, historical outbreaks of yellow fever and dengue has occurred as far north as New England which shows that mosquitoes can indeed carry and transmit disease in more temperate climates during summer months.

The key difference in the socioeconomic status between developing and developed countries are in factors such as:
"It seems clear that the main factors keeping outbreaks of these diseases from occurring today are socioeconomic such as lifestyle, housing infrastructure, and good sanitation. While such conditions are maintained, it seems unlikely that large scale local transmission will occur, especially in northern states," the authors write.

But the risk for localized, small-scale outbreaks of Zika still remains.

In particular, in the southern states where a longer warm season, pockets of lower socioeconomic conditions, and more-common travel connections to countries where Zika and other diseases are present are all contributing factors.

"The growing interconnection of our global society makes global public health-related issues, such as sanitation and the lack of a continuous supply of running water in developing countries, an important concern to developed countries, as these developing countries may serve as a source of imported cases of disease," the authors write.

"If the isolation between humans and Ae. aegypti mosquitoes in the U.S. is primarily caused by lifestyle and living infrastructure associated to socioeconomic conditions, these could be threatened by massive natural disasters, or any other event that disrupts current infrastructure," the authors quote.

Therefore, another reason for investment in infrastructure and disaster planning, is to offer protection against outbreaks of mosquito-borne diseases.

The paper titled "Factors of Concern Regarding Zika and Other Aedes aegypti-Transmitted Viruses in the United States," is published in the Journal of Medical Entomology. 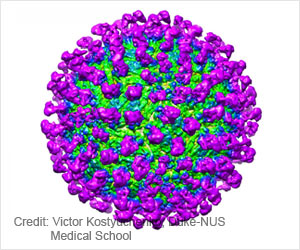 Potent Antibody That Neutralizes Zika Identified
The mechanism by which the C10 antibody thwarts Zika infection at the cellular level has been identified.
READ MORE