Written by Julia Samuel
Medically Reviewed by The Medindia Medical Review Team on January 27, 2017 at 2:57 PM 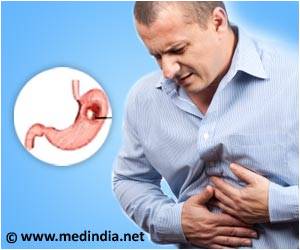 For the study, researchers analyzed data in the National Inpatient Sample (NIS) database of more than 75,000 adults who underwent either laparoscopic or open fundoplication for GERD between 2000 and 2013. NIS represents 1,000 U.S. hospitals and contains data on more than seven million hospitalizations each year.

GERD
This condition occurs due to the reflux of hydrochloric acid of the stomach into the oesophagus
Advertisement
‘Laparoscopic anti-reflux surgery for gastroesophageal reflux disease is as effective as the open approach as they were better for patients in terms of fewer complications and the procedure was minimally invasive.’

During the study period, 58.4% of patients underwent laparoscopic procedures and 41.6% had open anti-reflux operations performed through a long abdominal incision.

Reflux Esophagitis
Reflux esophagitis is a condition causing inflammation of the lining of the esophagus. This happens when there is a upward movement of the acid from the stomach due to weakness of the esophageal sphincter.
Advertisement
GERD affects nearly 20 percent of American adults, according to the National Institute of Diabetes and Digestive and Kidney Diseases. Heartburn, a burning sensation in the chest, is a common symptom of GERD.

"Patients with GERD have an incompetent lower esophageal sphincter, which allows gastric acid to go back up into the esophagus," said lead study author Francisco Schlottmann, MD, a surgeon at the Center for Esophageal Diseases and Swallowing, University of North Carolina, Chapel Hill.

"Anti-reflux surgery should be considered in patients who do not achieve complete control of their symptoms [regurgitation or cough] with medications; who do not want to take medications for the rest of their lives; or who experience complications of medical therapy."

"Subsequently, the rate increased, but 15 percent of all anti-reflux operations were still being performed through an open approach in 2013. We believe this percentage is very high, and we hope that in the next year this percentage will decrease."

Along with discovering that the use of laparoscopy for the surgical treatment of GERD has increased significantly in the last decade, the researchers also found that, on average, the minimally invasive approach reduced length of hospital stay by approximately two days, and open operations were more than $9,000 more expensive than minimally invasive procedures.

"Our study highlights the fact that laparoscopic anti-reflux surgery is as effective as the open approach, and in 2017, with all its advantages, should be the standard of care," said senior study author Marco G. Patti, MD, FACS, a surgeon and Director of the Center for Esophageal Diseases and Swallowing, University of North Carolina, Chapel Hill.

"We found that laparoscopic surgery is associated with significantly lower costs. In addition, indirect costs of the open approach, including an impaired ability to work, time off from work, and intangible costs of postoperative pain and healing, are difficult to measure but also favor the laparoscopic approach," said Dr. Patti.

"GERD is a common digestive disorder that can usually be treated with dietary changes and medications such as proton pump inhibitors (PPIs). However, chronic and not-controlled GERD can cause serious complications. Repeated exposure to stomach acid can damage the lining of the esophagus and lead to a precancerous condition called Barrett's esophagus," said Dr. Schlottmann.

"We think that it is important to make this information more available to the public. In order to achieve good outcomes, anti-reflux surgery should be performed laparoscopically in specialized centers," said Dr. Patti.

Heartburn Symptom Evaluation
Heartburn is a symptom that occurs due to irritation of the food pipe either due to acid reflux or direct contact with spicy and irritant foods.

Indigestion
Indigestion or dyspepsia is referred to nonspecific symptoms or discomfort that causes persistent pain or fullness in the upper abdomen, soon after the meal starts.

Wonder Herbs for those Digestion Blues
News Archive
News Resource
Advertisement
News Category
Which is a Better Form of Exercise: Daily or Weekly? First Phase of Foot-and-Mouth Disease Vaccination Shocking News: Polio Cases Return After a Decade in the US Death Caused by a Rare Type Amoeba: Research Study Japan Approves Smallpox Vaccine for Monkeypox
More News
Sign up for Wellness Consult a Doctor Sign up for Selfcare

Blood Pressure Calculator Find a Hospital The Essence of Yoga Accident and Trauma Care Selfie Addiction Calculator How to Reduce School Bag Weight - Simple Tips Noscaphene (Noscapine) Hearing Loss Calculator Blood - Sugar Chart Drug Interaction Checker
This site uses cookies to deliver our services. By using our site, you acknowledge that you have read and understand our Cookie Policy, Privacy Policy, and our Terms of Use