International Women's Day is celebrated on 8th March every year and pays tribute to all women across the globe. The celebrations focus on gender parity, unity, reflection, advocacy and action - all dedicated for the betterment of the lives of countless exploited and deprived women worldwide. It also celebrates the achievements of women in all spheres of life - social, economic, cultural, scientific, and political, among others.

The focus on gender equality is very appropriate for our times as it allows economies to flourish and communities to thrive. Gender equality makes societies healthier, wealthier and more harmonious. Gender equality is being advocated in all types of professions - healthcare, education, science and technology, politics, sports, media, law, and administration, among others.
International Womens Day: Lets Build a Gender Equal World

International Women's Day is celebrated by everyone, everywhere. The celebrations are not confined to any particular country, organization, charity, academic institution, or women's group. It encompasses all categories collectively everywhere.


‘International Womens Day is celebrated on 8th March across the world to raise awareness about the importance of womens rights. It also celebrates the achievements of women in various fields.’
Read More..


In this regard, Gloria Steinem, an internationally renowned feminist, journalist and women's rights activist, once said: "The story of women's struggle for equality belongs to no single feminist nor to any one organization but to the collective efforts of all who care about human rights."

The main objectives of International Women's Day include the following:

The idea for having an annual celebration exclusively dedicated to women's rights and gender equality, came from a woman named Clara Zetkin, who was the Leader of the 'Women's Office' for the Social Democratic Party in Germany. The celebrations officially began in the year 1911, supported by over one million people. Since then, the International Women's Day celebrations have continued to grow from strength to strength throughout the world.

Historically speaking, the awareness colors for International Women's Day - 'Purple', 'Green' and 'White' - signify different aspects of womanhood.
These awareness colors were adopted way back in 1908, when the celebrations first began.

The theme proposed by the United Nations (UN) for the 2020 International Women's Day celebrations is 'I am Generation Equality: Realizing Women's Rights'. The UN's Generation Equality Campaign includes individuals of every gender, age, ethnicity, race, religion and country in order to reach the goal of creating a gender-equal world eventually.

This year's theme is based on the notion of 'Collective Individuality', meaning that when 'individuals' act 'collectively', they can make a difference to society. Therefore, with collective action, it may be possible to create a gender equal world. This is why the hashtag #EachforEqual has been chosen for this year's celebrations.

Some of the ways to celebrate the achievements of women in various fields are briefly highlighted below:

An equal world is an enabled world. Time has come to fight bias, challenge stereotypes, expand perceptions, and improve conditions for the upliftment of women's status in society. We need to make a difference by thinking globally and acting locally.

So, let's make everyday International Women's Day to help girls grow up to be women of substance with a bright future. 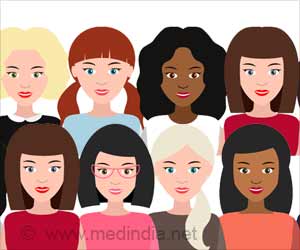 Six Outstanding Achievers Receive Awards from President on International Women's Day
The Stree Shakti Puruskar was handed over to six persons by President Pranab Mukherjee for their outstanding achievements in the social development field.
READ MORE