‘For every one hour, 300 people contract HIV and educating people about sexual health is a necessity.’


In India, there is a helpline available to provide confidential counseling as well as to answer queries associated with sexual health by the National Population Stabilisation Fund (Jansankhya Sthirata Kosh). The helpline number is 1800-11-6555.

They are spread by the organisms that are found to thrive in semen, vaginal fluids, bumps, sores and the blood of infected individuals. Other methods of transmission of these infections are through sharing needles, use of un-sterilized equipment for body piercing as well as in tattooing.

According to the UNAIDS Report 2012 There is an urgent need for prevention of HIV to prevent the continued spread of the disease, especially in countries which have been showing a continuous increase in trend.

Education can play a key role in raising awareness about sexual and reproductive health of an individual, offering hope for a productive life. The UNAIDS Inter-Agency Task Team on Education set up a working group called the "Accelerate Initiative Working Group" to increase awareness in sub-Saharan Africa.

Sexual and Reproductive Health Awareness Week is celebrated in certain regions of the world from February 12th to February 17th. The Action Canada for Sexual Health and Rights is actively raising awareness about opening up about doubts associated with sexual health.

The symptoms of the disease include An individual who suspects the presence of sexually transmitted diseases should visit a good physician. Even when the symptoms disappear, the infection may still remain with the need for treatment to cure it. When the infection remains untreated, it could lead to serious complications that could lead to sterility and could be fatal.

WHO has been actively campaigning against forced female genital mutilation, an essential component to healthy sexual and reproductive health. Current estimates show that over 200 million girls and women across the world have been subjected to harmful practices that inflict permanent harm to female genitalia.

The sexual and reproductive health awareness Day 2017 is an important day to spread the need to protect the body from harmful practices and to increase education about sexually transmitted diseases that threaten to reach epidemic proportions. Education at the grassroots level, starting form school children will aid in reaching out to individuals early and will encourage healthy sexual practices. 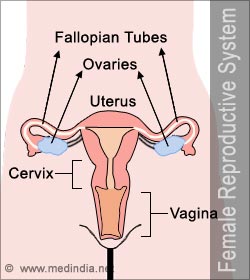 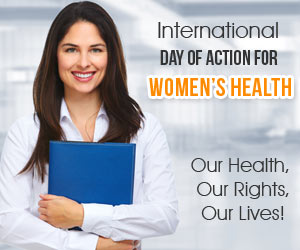 Religious Taboo on Menstruation Affects Reproductive Health of Women
From treating menstruation like a taboo to shunning abortion, religious fundamentalism can seriously affect the reproductive and sexual health of women
READ MORE