International Day for the Elimination of Racial Discrimination

On 21st March 1960, the police opened fire and killed 69 people at a peaceful demonstration in Sharpeville, South Africa, against the apartheid "pass laws". After formation of the all-white government in South Africa, the government began enforcing existing policies of racial segregation under a system of legislation that it called apartheid. Under apartheid, non-white South Africans were forced to live in separate areas from whites and use separate public facilities, and contact between the two groups would be limited.
International Day for the Elimination of Racial Discrimination


This day was later chosen to mark the International Day for the Elimination of Racial Discrimination.

This year, the events include:
Today, racist laws and practices have been abolished in many countries. An international framework for fighting racism was also developed with the guidance of the International Convention on the Elimination of Racial Discrimination. December 2018 marks the 70th anniversary of the Universal Declaration of Human Rights and the UN urges each one of us to join the fight against racism and stand up for human rights.


What is Racial Discrimination?

Racial discrimination is the unjust treatment of individuals or communities on the basis of race or color. This stems from the belief that one race is superior over others. This type of discrimination particularly targets migrants, refugees and people of African descent, or in general people with darker skin colors.


‘The theme for the International Day for the Elimination of Racial Discrimination 2018 is promoting tolerance, inclusion, unity and respect for diversity.’


However, each person is entitled to human rights without discrimination by the Article 1 and Article 2 of the Universal Declaration of Human Rights. While Article 1 states that all human beings are born free and equal in dignity and rights, Article 2 states that everyone is entitled to all the rights and freedoms set forth in the Declaration, without distinction of race or any other kind. 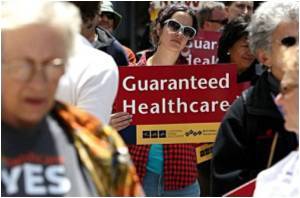 Whites Turn Now To Complain Of Racism In US
Even as the conservative Tea Party movement begins to make waves, whites are beginning to project themselves as victims of reverse racism.
READ MORE

Study Claims Racism Hardwired in Human Brain
A controversial study reveals that racism is "hardwired" in the brain and even right thinking people may unconsciously harbor a negative attitude towards specific races.
READ MORE