Long-Term Use of Ibuprofen can Cause Male Infertility

A clinical trial conducted by a research team from the Flinders University found that long-term use of ibuprofen may lead to infertility in young men.

Ibuprofen - Not a 'Safe' Over-The-Counter (OTC) Drug Anymore
Pills taken for the relief of pain and swelling on a long-term basis could create major effects on the pituitary-gonad axis by affecting the male reproductive system. The study was conducted in 31 healthy young men aged 18 to 35 years who took ibuprofen regularly. The results were compared with men who were given placebo tablets. The study on ibuprofen was also carried in testicular cells under a controlled laboratory environment.
Long-Term Use of Ibuprofen can Cause Male Infertility


Results of these studies showed a decreased level of the male hormone in both the settings. However, ibuprofen study in healthy young men showed less effect on the male reproductive system, as the body responds to the biological signal to produce as compensation to the loss. Moreover, the key result of the study demonstrated the blockade of the enzymes, which are responsible for the synthesis of the testosterone hormone.


‘Ibuprofen and similar NSAIDs taken for several weeks for pain relief and inflammation could possibly affect the male reproductive system, leading to compensated hypogonadism and other hormonal disorders. ’


Earlier studies have shown a reduction in testosterone levels in patients with arthritis. But this study on ibuprofen confirms that the reduction of hormone levels is because the painkiller medications were taken as a part of the treatment management in arthritis. Ibuprofen along with pain medications should be investigated further for their effect on male testicles.

Overuse of pain-relieving medications should be avoided to prevent the malfunction of the male reproductive system. It is highly recommended not to take non-steroidal anti-inflammatory drugs for more than 3 days and also seek a physician's advice before taking the drugs.

About NSAIDs
Non-steroidal anti-inflammatory drugs are a group of drugs, which are used to treat pain and fever in small doses and swelling in large doses. These are mostly available as an OTC medicine and the commonly used are aspirin, ibuprofen, diclofenac, naproxen and mefenamic acid.

What are the Side Effects of NSAIDs?
The side effects that occur while taking nonsteroidal anti-inflammatory agents are as follows: What are the Contraindications of NSAIDs?
NSAIDs should not be used in the following group of patients References :

Ibuprofen may Treat Fetal Alcohol Spectrum Disorders
Ibuprofen may stall the damaging effects of alcohol on the fetal brain. Alcohol-induced inflammation in the hippocampus can be associated to cognitive impairment later in the life
READ MORE 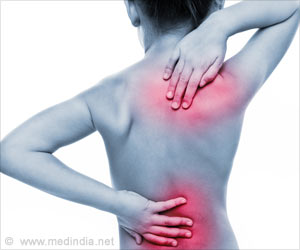 Fracture Pain in Children Better Relieved by Ibuprofen Than Oral Morphine
Effective pain relief for children with broken limbs is provided by Ibuprofen and oral morphine. However, since adverse events are associated with oral morphine, ibuprofen is often advised.
READ MORE