Hyaluronan and Its Effect on Dry Skin 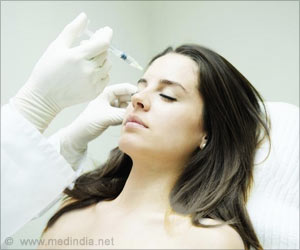 Aging could affect your skin changes in myriad ways. As you age, your skin becomes thinner, loses fat, and no longer looks as healthy and smooth as it once did. Any bruises, cuts, or lesions could take longer to heal. Years of sun tanning could lead to wrinkles, dryness, age spots and even cancer. But all is not lost here! There are things you can do to protect your skin and make it feel and look better.

Our Skin: Our skin is naturally and uniquely designed to prevent evaporation of moisture from within its topmost layer. It is primarily made up of three layers: epidermis, dermis and hypodermis. Of these, the dermis is a tough connective tissue and is made up of fiber, matrix and cell components. The major component of the dermis matrix is water and another mucopolysaccharide called as hyaluronic acid or hyaluronan (HA).


Normal skin has small pores, is generally smooth to the touch and is neither dry nor oily.

Dry and/or sensitive skin usually has little natural oil and small pores. It has a tendency to become dehydrated, dulls easily, and is prone to lines and wrinkles.

Oily skin is prone to excessive oil secretion and is generally shiny. The pores are usually large and open. The skin is coarse and subject to blackheads.

Combination skin has both oily patches, usually on the central forehead, nose, and chin and dry patches occurring predominantly on the cheeks, jawline and outer portion of the forehead.

 Insufficient hydration or not drinking enough liquids
 Staying out in the sun
 Exposure to very dry air
 Smoking
 Increased stress levels
 Losing sweat and oil glands, which is common with aging
 Health problems, such as diabetes or kidney disease.
 Using too much soap, antiperspirant, or perfume
 Taking hot baths will make dry skin worse.

Role of hyaluronan in keeping skin moist: Hyaluronan is a naturally occurring compound in your skin which has a strong ability to bind with water. HA exists in between skin cells to maintain skin tissue structure and also becomes hydrated to such an extent that a gel-like system is formed which retains moisture to keep skin moist. In this way, hyaluronic acid maintains the elasticity of the skin. The main function of HA is to aid in the body's water maintenance providing essential moisture for body processes and molecular transport.

Because of the viscous nature and moisture retaining property of HA, it is responsible for facilitating smooth movement of the knee joint, and maintains the normal shape of the vitreous humor and moisturizes the skin. However, aging and extrinsic stimuli such as solar ultraviolet radiation, smoking, and air pollutants gradually reduces the amount of HA in the body, which could increase joint pain and lead to dry skin.

It has been shown that ingested HA contributes to the increased synthesis of HA and promotes cell proliferation in fibroblasts. These effects show that ingestion of HA moisturizes the skin and is expected to improve the quality of life for people who suffer from dry skin. Furthermore, HA dietary supplements are expected to be effective anti-aging supplements because an American ABC News channel, stated that the key to longevity in a specific Japanese village was their HA-rich diet

Skin improving effects of ingested hyaluronan: A randomized, double-blind, placebo-controlled study of middle-aged and elderly female subjects with dry skin was conducted and published in the Nutrition Journal. The HA group which ingested 120 mg/day of HA, was found to have a significant increase of skin moisture, and a tendency for the skin moisture to increase in the face when compared with the placebo group after 3 and 6 weeks of ingestion. These reports show that consuming either 120 or 240 mg/day of HA contributes to increased skin moisture and improves dry skin.

 Use hyaluronan as a dietary supplement

 Eat healthy and try to get plenty of rest.

Dry skin decreases a person's quality of life because of the discomfort associated with tightness of the skin. Application of topical moisturizers is critical to treat dry skin; however, ingesting or consuming HA as a dietary supplement affects skin cells and improves dry skin physiologically and thus makes the skin look healthy.