High Levels of Good Cholesterol may Not Prevent Heart Disease

Written by Shirley Johanna, M.Sc, M.Phil
Article Reviewed by The Medindia Medical Review Team on November 1, 2016 at 10:51 AM
Health Watch


‘Low and very high good cholesterol levels are associated with death. High-density lipoprotein may not be effective as an independent risk factor for heart disease.’


In the recent years, researchers have been studying whether increasing the levels of HDL cholesterol may have the same benefits as lowering LDL cholesterol.

Good Cholesterol may not Lower the Risk of Cardiovascular Disease

The current study involved over 631,000 individuals without a history of cardiovascular diseases. The study was conducted by researchers at Institute for Clinical Evaluative Sciences in Toronto. The researchers studied the participants who were involved in the CANHEART cohort, a research database that links together multiple individual-level population-based datasets on sociodemographics, cardiac risk factors and co-morbidities, medications, in Ontario, Canada. The cohort study involved patients between 40 and 105 years old, with an average of 57.2 and lived in Ontario for at least two years as of January 1, 2008.

The study evaluated the association between HDL and death in individuals living in the same environment exposed to the same health care system. The participants were divided into two groups based on their HDL levels to allow researchers to examine the relationship between HDL and mortality.

The HDL levels of people with healthier lifestyles were compared to those with less healthy lifestyle habits. The researchers found that the lowest levels of HDL were seen in people who were socioeconomically disadvantaged and who had unhealthy lifestyle behaviors, more cardiac risk factors and medical co-morbidities.

The findings of the study are similar to other studies showing low HDL levels associated with increased cardiovascular disease death. But the current study is the first to show a similar relationship between HDL and cancer death and other causes of death. The researchers are not sure of why very high levels of HDL increased the rates of non-cardiovascular related death. The researchers concluded that the study casts doubt on HDL being used as a risk factor for heart disease.

"The link between good cholesterol and heart disease is complex, but it seems certain that there is a connection between people with low good cholesterol levels and other well-known risk factors for heart disease such as poor diet and exercise habits and other medical conditions," said Dr Dennis T. Ko, lead author of the study and an associate professor at the Institute for Clinical Evaluative Sciences in Toronto.

"Focusing on raising HDL is likely not going to help these patients, but these findings show that one of the best interventions in treating and preventing heart disease continues to be lifestyle changes."

The researchers did not examine the important aspects of HDL cholesterol such as the relationship of particle sizes, subclasses or function with both cardiovascular and non-cardiovascular death.

The smoking status and alcohol consumption of the study population were not analyzed but were able to supplement that data from an additional survey.

The study is published in the Journal of the American College of Cardiology. 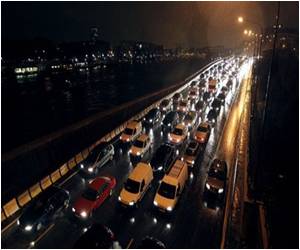 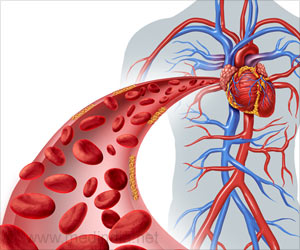