Damage to the heart can be caused by surgeries that do not involve the heart in patients with known risk or those at high risk of developing heart disease and was also associated with an increased risk of death, reveals a new study.

Perioperative Myocardial Injury
Heart cell damage that occurs during or after non-heart surgery is known as perioperative myocardial injury (PMI). Complications that follow non-heart surgery are usually undetected and was found to be linked to death within 30 days after surgery. PMI causes are still under investigation.
Heart Cell Damage During or After Non-heart Surgery Increases Risk of Death


The new research was published in the American Heart Association's journal Circulation. "Patients with PMI are easily missed because they show no symptoms of heart disease in the majority of cases and only very rarely experience chest pain, which is the typical symptom of heart attack," said Christian Puelacher, M.D., Ph.D., first author of the study and a clinical researcher at Cardiovascular Research Institute Basel, in Basel, Switzerland.


‘Perioperative myocardial injury (PMI) is associated with death early after surgery and is six times higher within the 30 days after surgery.’


Role of Troponin, a Heart Protein

The research team screened patients for PMI to determine if the patient's non-heart surgery damaged the heart cells or not by measuring the levels of troponin.

Troponin is a heart protein, seen in the blood before and after surgery, which helps in determining if there was an injury to the heart or not. Troponin can reveal the damage even when the patient does not show any symptoms.

Non-heart surgeries can range from low-risk to moderate risk to high risk. The following are the different range of surgeries:

Chest pain was reported by more than 90 percent of PMI patients and was six times more at risk of death within 30 days than those without PMI. The high death rate that is linked to PMI lasts up to one year after surgery.

The increased death rate within the first 30 days of surgery highlights that PMI is associated with death early after surgery, Puelacher said.

After one year, PMI patients who had high levels of troponin were more likely to die than patients without PMI. The research team noted that death rate increased within the first weeks after surgery.

Recognizing PMI as a potential contributor to death within first weeks after surgery can improve the outcomes of non-cardiac surgery, said Puelacher.

Puelacher also said, "However, since there are no clear treatment recommendations for these patients, treatment currently has to be tailored to each patient individually. Therefore, further research is needed to find optimal PMI management strategies following detection."

The aim of the BASEL-PMI study is to improve patient outcomes after non-cardiac surgery. The team mainly focused on heart complications that occur after surgery.

Nearly 2,018 patients with known or those at high risk of developing heart disease who were undergoing 2,546 non-cardiac surgeries from 2014 to 2015 at the University Hospital Basel in Switzerland were included in the BASEL-PMI study. 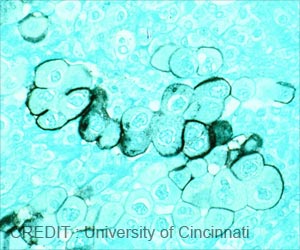 Two or More Alcoholic Drinks a Day Linked to Heart Damage in Elderly
Cardiac structure and function will be affected with increased amounts of alcohol consumption in the elderly, particularly among women and increases the risk of cardiomyopathy.
READ MORE