Exposure to mobile phone radiation can cause harmful effects on health and it is essential to keep these devices away from the body, reveals the California Department of Public Health.

Smartphones have become part of our daily lives and are no longer just limited to calls and texts, but to other things like banking requests, conduct video conferences, movies and games.
Guidelines to reduce Harmful Effects of Mobile Phones


The department of California's public health (CDPH) has issued a warning against the hazards of cell phone radiation, despite its incredibly use in our daily lives.


‘Exposure in both children and adults can be reduced by taking simple steps like not keeping the phone in the pocket, keeping it away from the bed at night.’

A lot of discussions have taken place during several occasions, but there are no clear and definite conclusions. However, the CDPH has requested people to lower their usage of mobile phones and to keep them at a distance whenever possible.

"Although the science is still evolving, there are concerns among some public health professionals and members of the public regarding long-term, high use exposure to the energy emitted by cell phones," said CDPH Director and State Public Health Officer Dr. Karen Smith.

Exposure in both children and adults can be reduced by taking simple steps like not keeping the phone in the pocket, keeping it away from the bed at night.

Use of cell phones has become common among children for their entertainment and educational use. Using cell phones at a very young age has long term effects on their health, warns CDPH.

"Children's brains develop through the teenage years and may be more affected by cell phone use, parents should consider reducing the time their children use cell phones and encourage them to turn the devices off at night," said Dr Smith.

Cell phones emit Radiofrequency (RF) energy that aids in emitting and receiving signals. Though there is no definite conclusion on this matter, few scientists have warned that these frequencies have ill effects on human health over a long period.

The Federal Communications Commission has not given any standard safety limit on the safe exposure of RF energy. However, CDPH recommends the following guidelines: Harmful Effects of Cell Phone Usage

Cell phones emit electromagnetic radiation from the circuit system and battery that can cause harm to biological tissues.

Microwave electromagnetic radiation is known to cause heating and burns. However, does not contain sufficient energy to change substances by ionization chemically. Prolonged exposure to heat may be the reason for the chemical damage in a cell or tissue.

Cell phone users may be at an increased risk of cancers such as glioma, salivary gland cancer, acoustic neuroma, and meningiomas. Blood-brain-barrier can be disturbed by mobile phone microwave radiation during standard calls.

Sleeping with a cell phone under the pillow or near the bed causes sleep disturbances. Cardiovascular Irregularities can also be increased with cell phone use. 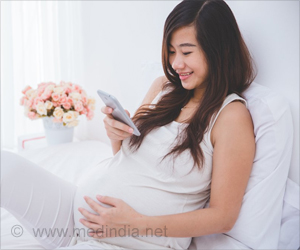 Is It Safe to Use Mobile Phones During Pregnancy?
Women who use mobile phones during their pregnancy and who are when exposed to radio frequency electromagnetic fields have no adverse effects on a child's neurodevelopment.
READ MORE

Sleeping With Lights on, Watchin TV And/or Using Mobile Phones in Bed Make You Fat
Artificial light from screens disrupts your body clocks and brown fats that burn calories. This increases the risk of obesity.
READ MORE

Mobile Phone Notifications May Divert Your Attention And Disrupt Performance
Notifications are usually short in duration, that could prompt task-irrelevant thoughts, or mind-wandering, has been shown to damage task performance.
READ MORE

Mobile Phones Will Soon Be Charged Using Lighting Bolt: Researchers
The idea that Mary Shelley displayed in her much acclaimed novel 'Frankenstein' to charge a phone with a lightning bolt was copied by researchers.
READ MORE